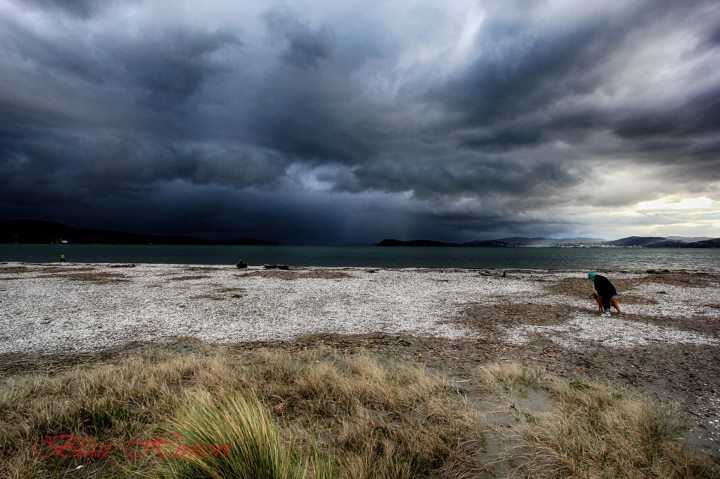 After a fairly settled Sunday, things will turn windy and rainy again to start off the upcoming week.  Snow could even be an issue for the higher elevations of the South Island tomorrow morning.

A few showers may move across Northland early tomorrow morning.  Otherwise, the western sections of the South Island will be the first to see precipitation tomorrow as it makes its way onshore during the pre-dawn hours.  Just after sunrise, the precipitation should find its way into Canterbury and Marlborough.  Snow is possible down to 600 metres in Canterbury, prompting Government forecaster MetService to issue a Road Snow warning for Porter’s Pass.  10 to 15cm of snow is possible during the morning hours tomorrow.

Precipitation will works its way across Southland and Otago during the mid to late morning hours.  Snow is a threat in the higher elevations here as well.  MetService has a Road Snow Warning in effect for Lindis Pass where 2 to 4cm of snow is expected by midday.

Precipitation will also move onto the North Island during the morning tomorrow.  By midday, most the island will see some showers.  Heavy rain is possible for Taranaki, Waikato and eastern Bay of Plenty/Northern Gisborne.  The rest of Gisborne and Hawkes Bay could end up staying relatively dry tomorrow, although a few rogue showers certainly aren’t of the question.

Gusty northerlies can be expected to accompany the precipitation as the low moves in.  Winds could approach severe gale strength about Taranaki, inland Wanganui and Taihape.  MetService believes these areas may see winds that will meet warning criteria and will issue a warning if the situation warrants.