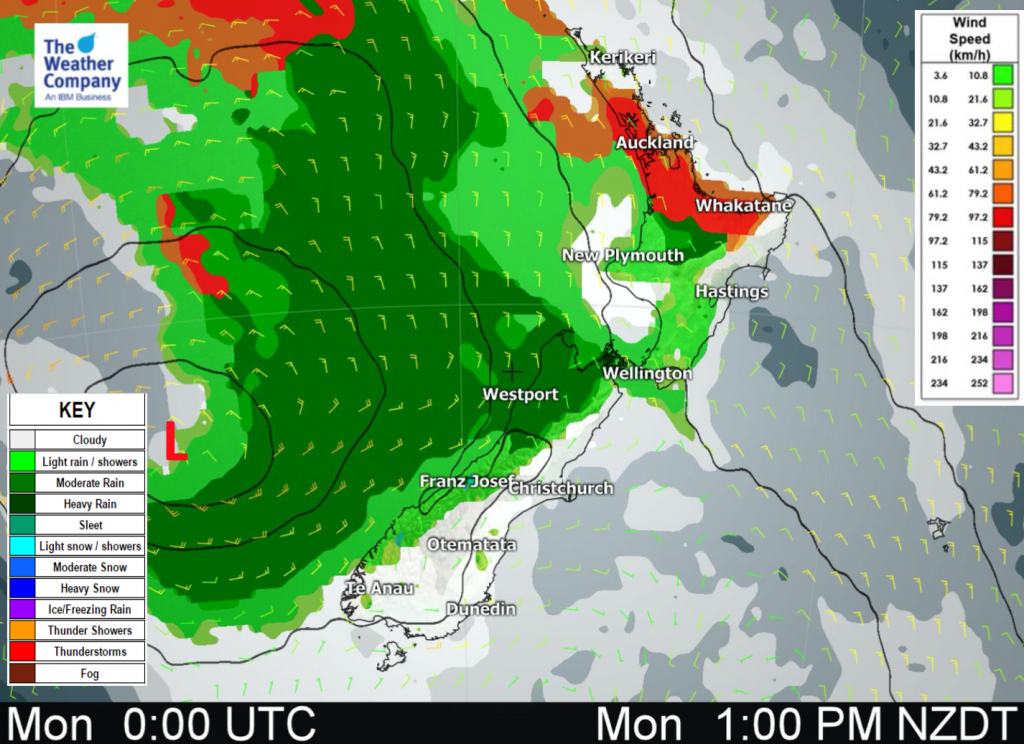 A low pressure system moves into the Tasman Sea today with a north to northeasterly airflow lying over New Zealand.

Expect showery conditions for most of the upper North Island, about inland areas showers may become heavy with a risk of thunderstorms in the afternoon then easing in the evening. Expect warm humid northerlies. High cloud for the lower western North Island, mid level cloud about Taranaki and Kapiti brings a few morning showers then clearing. In the afternoon showers push in again (more so inland) becoming heavy for some with a risk of thunder then easing later in the evening. High cloud thickens up along the east coast, the odd spot of rain may spread from the west at times afternoon onwards (many long dry periods too).

Otago and Southland has sunny areas and thickening cloud, a light shower or two possible from afternoon then rain develops later in the evening / overnight as easterlies tend southeast.

Temperatures in the low to mid twenties for most of the North Island, perhaps breaking into the late twenties for parts of Hawkes Bay in the afternoon. The South Island has highs in the late teens, just Marlborough may crack the early twenties.