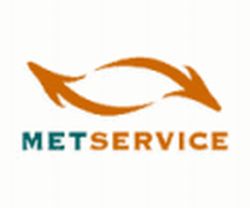 MetService has amended their confusing forecast for the South Island today following two different forecasts appearing on their website for Christchurch and what appeared to be inconsistencies in their severe weather outlook but actual forecasts.

WeatherWatch.co.nz contacted them this morning to ask why they had two different forecasts for Christchurch.

“Can you please explain why your main centre forecasts don’t mention snow in them but your rural forecasts say snow to sea level. Surely snow to sea level in Christchurch is relevant enough to be in their city forecast” wrote Philip Duncan in the email to MetService.

MetService hasn’t replied to WeatherWatch.co.nz but this hour have amended their forecasts online.

They had earlier been predicting showers and rain for Christchurch over Sunday and Monday with no mention of snow, despite their rural forecast and severe weather outlook predicting snow to sea level.

Their conflicting forecasts were brought to our attention by our readers.

MetService has now changed the forecast to include sleety showers developing on Sunday and snow showers on Monday.

Earlier today WeatherWatch.co.nz ran this story drawing attention to the fact the government forecaster was predicting snow to very low levels yet had no mention of snow in any of the main centres except for Queenstown.

Two hours after that story was published MetService added “snow” to their forecasts for Invercargill, Dunedin, Oamaru, Timaru, and Christchurch and added sleet to numerous other forecasts including Wellington and Masterton.

WeatherWatch.co.nz believes there needs to be more consistency with warnings, outlooks and forecasts from the government owned forecaster to avoid confusion.

While we’re talking about the government forecaster have they ever explained to you Phil why they only make their doppler radar images available only on the hour? As someone who has just returned from the states where their interactive ‘live’ doppler radar coverage i’m amazed that we would limit a critical weather tool to only hourly?

It all comes down to the commercialisation of MetService – in our view, profits before public safety.  Lobby your local MPs to get this changed.

This cold snap aside, I’ve noticed a lot of inconsistencies between their short, regional and local forecasts lately – it’s almost like it’s the opinion of three different people.

To be fair though….

This forecast is still several days out and subject to much conjecture and risk. I

f the metservice predict snow in cities like ChCh too early and get it wrong then they get lambasted by city folk who get their hopes up. Conversley the rural forecasts tend to be for farming folk, who appreciate the early warnings more of “risk” and are happy enough if it doesn’t eventuate.

Razor – good points and you’re right with regards to forecasts having different importance for rural and urban, but we believe that’s for the public to work out rather than two very different forecasts running side by side.

Katherine – you also make a good point however we don’t have an issue with what they are predicting, just the different forecasts in different parts of the site for the same place.  It’s not our place to ask them why they are predicting something (in the same way they never ask us about our predictions) but we do get concerned when warnings, outlooks, rural and urban forecasts aren’t in tune with each other.  Glad to see they’ve fixed it now.

Having a look at the rural forecast (which I’ve never actually done) – there is this statement above:
6 Day Regional Forecast

Correct, we were looking at days 4 and 5 though.