MBIE completes weather data review…now what will the NZ Government do? 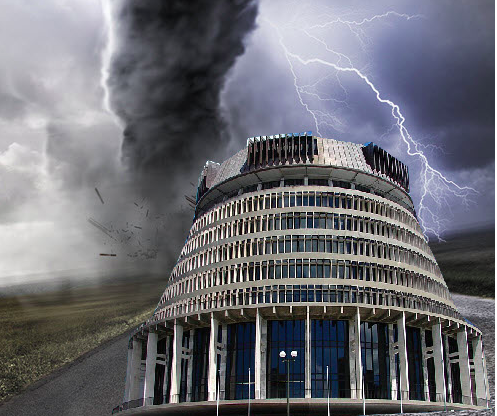 The Ministry of Business, Innovation & Employment (MBIE) Tuesday confirmed to WeatherWatch.co.nz that their side of the open weather data review is completed.

The official investigation was launched independently last year by then Minister Joyce following decades of complaints from the private sector – and complaints/requests from other Government Ministries.

Now it is Minister Paul Goldsmith who will be influential in making the big decision – will New Zealand finally join the international community with open weather standards, or keep an old boys club going in Wellington that last year saw MetService pay no dividend back to the people that fund them?

Having open data means the weather data we already collectively fund as taxpayers can be used by anyone – in the same way we all collectively tax fund roads that can be used by anyone. Open weather data is vital for improving forecasts, creating jobs, holding all forecasters more accountable and providing new services which ultimately help the economy.

The current set up blocks the private sector from using tax funded data in better ways, at no additional cost to the public and in ways that could better save lives and protect properties during severe events.

The official Government review covers both current observations and rain radar which tax payers both fund and own.

Minister Goldsmith has also confirmed to WeatherWatch his Office is now also finally looking into the double up in forecasting services between NIWA and MetService, something that became apparent during Cyclone Cook around Easter when New Zealand’s two “official forecasters” (ie, Government owned) had competing thoughts in the media – and failed to be accurate. No other country on earth has two official government owned forecasters competing in the same space on such a commercial level while also blocking open data.

We appreciate the hard work MBIE and Ministers are doing to address these issues and we look forward to their findings. New Zealand needs to have international weather standards – not the current set up.

“Opening up more data would require significant changes to MetService and NIWA’s legal and operating models. The review concluded that making raw observational data more accessible would likely increase gain for mainly commercial users, while legislative reforms would require significant public resources and come at a cost to taxpayers. These costs would likely outweigh any wider benefits for New Zealanders at this time.”

Wowee, hope on the horizon!
Your patience is great, hopefully all will end up well.