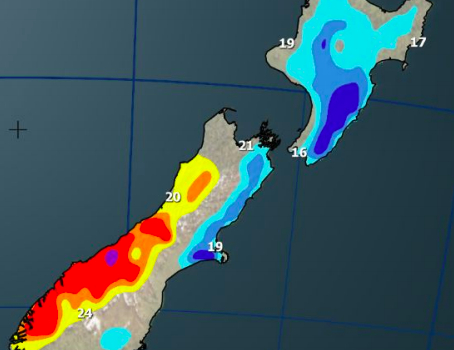 We have a colder change spreading up the South Island today and the North Island on Thursday and will make a number of regions colder than normal for this time of the year. But it won’t remain – with warmer than average weather returning by the weekend.

The temperature surges are very ‘spring-like’ which, in December, can be very normal. If you’re a fan of the astronomical dates for seasons then technically it’s still spring – with summer not officially starting until December 22nd.

The good news it that we do have more high pressure rolling in for the end of the week and weekend, bringing mostly settled and dry weather (but sorry Southland, you may have more showers or patches of rain this weekend – but you are surrounded by dry days on Friday and Monday to make up for it).

DEPARTURE FROM NORMAL TEMPERATURE MAPS… in other words, how much colder or hotter is it compared to normal for this time of the year 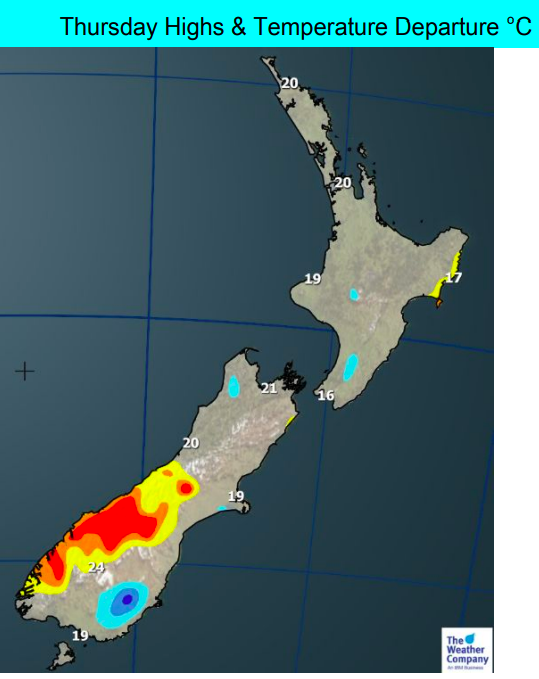 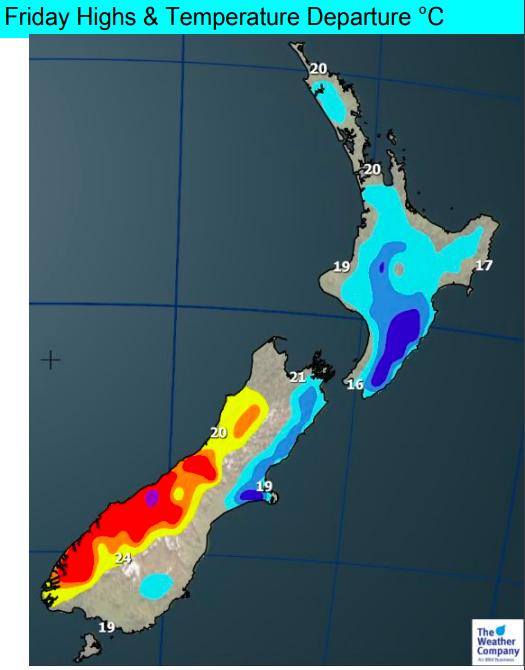 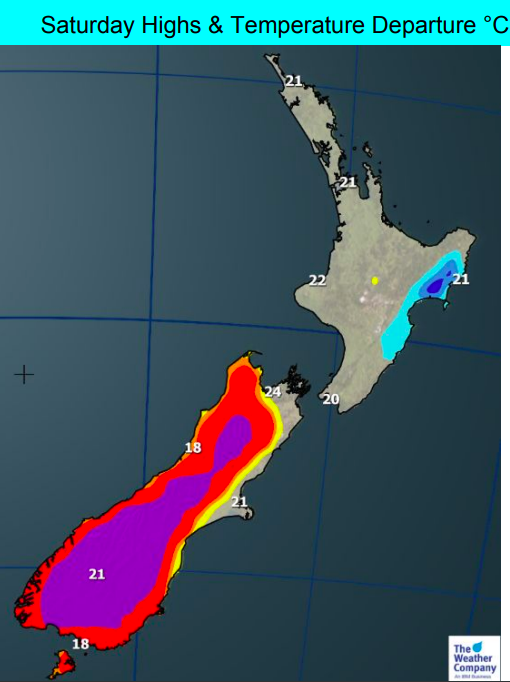 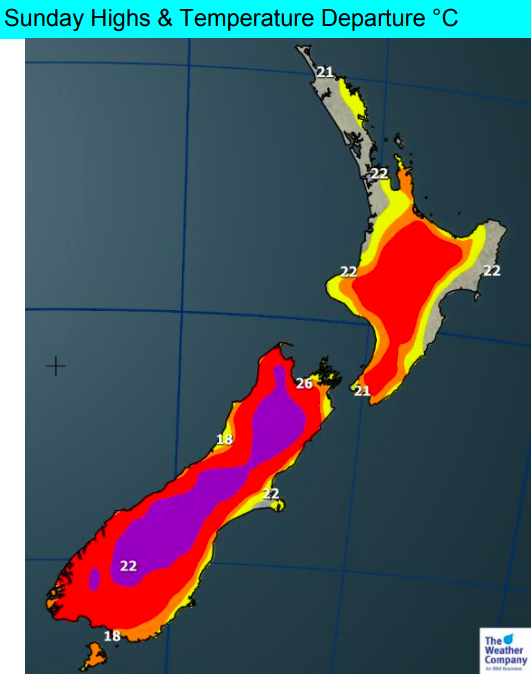