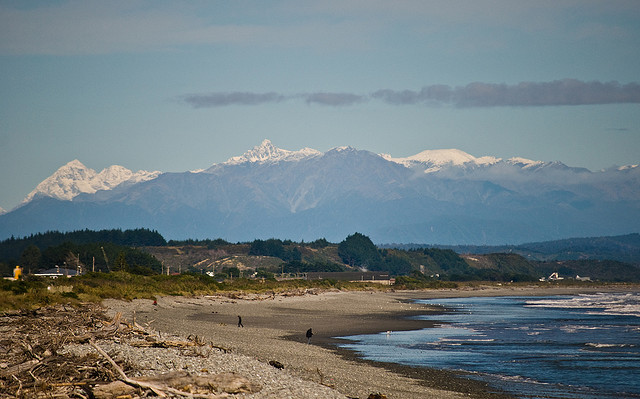 Just prior to the weekend there was more than a hint of subtropical air approaching the north and the west of the country by the end of this week. Now that scenario is looking less and less likely, even to the point there may not be anything at all.

A high seems to be blocking any other systems from moving over us and once more some frustration may be felt by those needing rain.

There’s a chance of rain over the south for the middle of next week but mostly affecting southern and western regions.We may have to look at early March to see something substantial but as we know there aren’t any guarantees.

“It’s disappointing especially when the latest data can look promising in terms of rainfall” says Weather Aanalyst Richard Green “We’ve seen the first couple of months of the year delivering little in terms of moisture and still there are signs of an Indian summer until early April” he says.”Let’s hope that’s not the case for farmers wanting rain”.

WeatherWatch.co.nz sees warmer than average temperatures likely to last for a few weeks yet over northern, central and parts of the eastern New Zealand. It might not be the heat of recent weeks that we’ve witnessed but still a degree or two above average is noticeable.

Even though figures have shown the first half of February has seen temperatures near average, parts of the nation we understand have been well above, especially inland areas of Marlborough and Canterbury.

We here at WeatherWatch find those numbers a little confusing as Hanmer Springs has seen the mercury soar into the 30s quite a bit” says Weather Analyst Richard Green.”In that case the numbers just don’t seem to add up”.

Monday sees temperatures on the climb for southern and eastern districts and elsewhere it’s looking more of the same.

The risk of isolated showers are always there however sunshine should again win out against cloudy areas up and down the country.