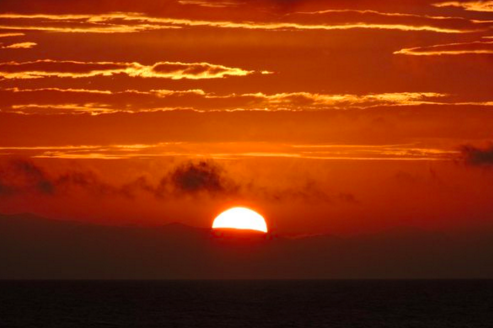 WeatherWatch.co.nz continues to monitor the big dry forming across the lower North Island – and the forecaster says don’t expect much rain in this part of the country anytime soon, despite showers in the forecast.

Farmers, gardeners and growers have all contacted us in recent weeks, asking us when the rain might return. Photos show the grass is now brown across Wellington, Wairarapa, Kapiti Coast, Horowhenua and parts of Manawatu and Wanganui.

While a couple of showers are forecast today – and on Thursday night/Friday morning for some – it’s not much and definitely not enough to make a dent in what has developed here this year.

Wellington has the best chance of showers in the coming 10 days, but even at the highest risk this Thursday the chance of wet weather is still only 50%.

Masterton shows basically no chance of rain in the next 10 days apart from a small risk overnight tonight and again on Friday morning.  The better chance for Wairarapa may be in the third week of March.

Paraparaumu sees a few showers late on Thursday – but the South Island will block most of the wet weather (the theme from most of this summer).  There’s a low risk of a shower or downpour late Sunday/into Monday too – but with so much high pressure around it doesn’t look too likely.

Fielding looks even drier – with Central Plateau to the north and the Southern Alps to the south both doing their part to block rain makers into this area for the next 10 days. Apart from a couple of showers, we see a dry trend forming here.

WeatherWatch.co.nz says this has now become a concerning dry event – and we’ll continue to monitor any potential significant rain makers.

For now, WeatherWatch.co.nz maintains the second half of March (from March 15th onwards) shows a better chance of rain makers developing around New Zealand as a humid nor’east sub-tropical air flow forms again. Some models also show a sub-tropical low (not a storm, just a low) dropping south towards us – but the same problem lies over New Zealand from when Cyclone Winston tried to do the same thing, twice, last month – high pressure over New Zealand area is blocking southward movement of sub-tropical lows…so watch this space for updates.

A lot going on – and we’ll keep you posted as head into the second half of this month.

– Image / The sun setting over the South Island on Monday evening, as seen from Kapiti Coast / Chris Johnson