Low pressure system means an unsettled week on the way 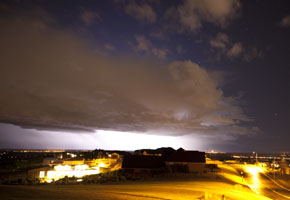 After what has been a settled period last week, this week is looking unsettled due to a slow moving low pressure system coming out of the Tasman Sea. Rain will be in the mix for some with thunderstorms possible too. Winds are not looking to be particularly strong as this low is fairly broad in nature with isobars that are not tightly packed.

For the North Island today expect sunny weather for most after any morning cloud clears, light winds tend northerly in the west. Cloud thickens in the west from late afternoon then the odd shower or area of rain develops overnight.

The South Island has cloudy skies for most, a northerly airflow for the upper half of the island with some rain moving in during the afternoon becoming more widespread later in the evening. Rain about Otago and on the West Coast south of Greymouth spreads into Canterbury during the afternoon. Rain for Southland too at first in the morning then clearing with cloudy areas remaining and southeasterly breezes.

Tomorrow sees a front move onto the North Island from the west bringing rain or showers to most for a time, there is the chance of a few isolated heavy falls / thunderstorms in the afternoon and evening about Taranaki and Waikato northwards. Expect rain or showers for the upper South Island, easterly quarter winds in the east and northerlies elsewhere. Rain eases in the evening. For the lower South Island expect cloudy periods in the east with drizzle patches at times and easterly quarter winds, there may be some morning rain about South Westland which clears then sunny spells develop.

Wednesday has another front move in from the west for the North Island, rain or showers for many once again with northeasterly winds in general. The South Island has cloudy skies in the east, easterly quarter winds and drizzle patches. Some rain at times north of Banks Peninsula later in the day. On the West Coast expect sunny spells and some cloud south of Greymouth, the odd isolated shower possible about the ranges in the afternoon especially towards Fiordland. Mainly dry with thick high cloud north of Greymouth although some rain may develop about Buller in the evening. Southland sees mostly sunny weather after any morning cloud clears, chance of an afternoon isolated shower in the west.

On Thursday conditions become unstable over the North Island and top of the South Island, the frontal system mentioned above on Wednesday will have now passed out east of the North Island and curls back in over the lower half of the South Island. The clear air behind it will let the sun through so Thursday looks to start the day dry in the North Island then isolated showers develop with thunderstorms and heavy downpours possible in the afternoon, conditions ease later in the evening. Some may not see thunderstorms and heavy downpours, it depends where storms form and this far out it is too complex to say exactly where this will happen.

The South Island has cloudy skies in the east north of Dunedin with southerly winds, the odd shower or drizzle patch. Sunny spells for Southland and the remainder of Otago with light winds tending southwest later in the day bringing the chance of a shower or two. Sunny spells on the West Coast with west to southwest winds. For Buller, the Nelson region and Marlborough there may be morning showers which clear with sunny areas developing however in the afternoon unstable conditions could develop with heavy showers and thunderstorms then clearing later in the evening.

On Friday our low finally passes out to the east of the country and conditions may be set to return to a westerly based weather pattern. It looks dry for most of Friday with sunny weather in the east of the North Island, becoming sunny for eastern South Island areas. Sunny spells and some cloud in the west. For the South Islands West Coast, cloud increases from afternoon and rain moves in during the evening as a new front pushes in. 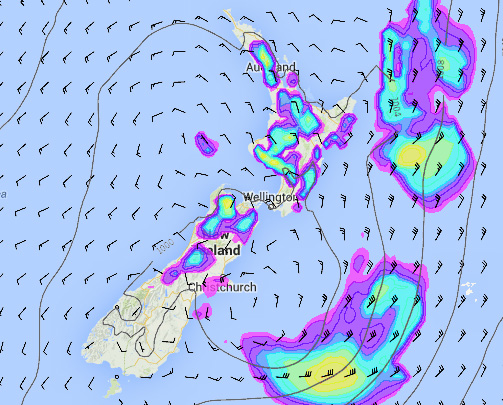