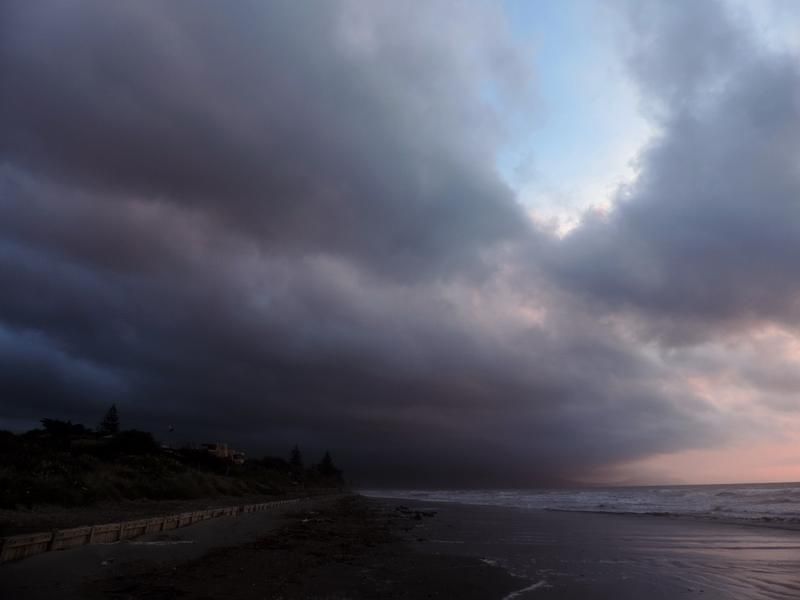 A low pressure system is today spiralling off the east coast of the South Island, driving in a few showers to dry parts of the upper North Island and pushing rain and showers into Canterbury.

WeatherWatch.co.nz is predicting a high of just 13 degrees today in Christchurch and only 12 for Dunedin. Both cities can expect strong to gale force winds today from the south west which will make it feel even colder.

Rain will turn to snow on the mountains.

The rain will be welcome, however, as many parts of Canterbury were getting very dry – despite recent thunderstorms and downpours, which were mostly hit and miss across the region.

However the showers falling in northern areas won’t do anything to reverse the developing big dry – but they will be welcome for those that receive them.

While summer like daytime highs will return to parts of New Zealand later this week the cold change in the eastern South Island may linger longer.  Highs in Dunedin are expected to hover around the low teens for much of this week while Christchurch should warm up again to the late teens.

Wellington is also exposed to the cold southerly today and a high of 17.  Tomorrow it will be wet with a gale or near gale southerly and a high of only 16,  Northerlies return on Friday with a few degrees of extra warmth.