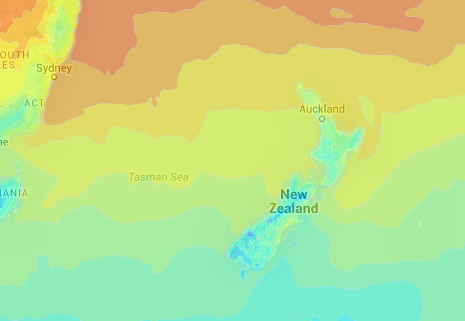 This week has started off very calm, with a ridge of high pressure dominating conditions over most of the country, which extends out from an anticyclonic system to our east.

Some issues may be caused by isolated showers late in the day, towards evening, which could become heavy and thundery for some places.
Inland Buller and eastern inland parts of the North Island are at most risk, particularly in the ranges behind Hawke’s Bay and northern Wairarapa.

Gisborne seems to be less likely to see heavy showers, but there may be isolated and scattered falls there too.