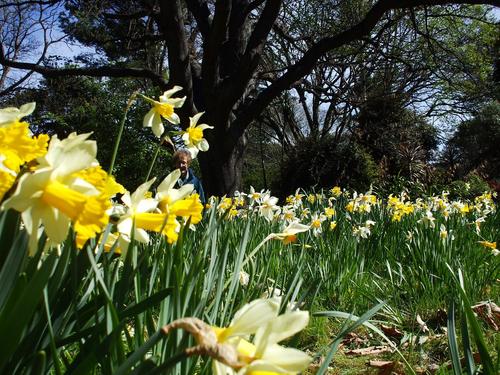 Updated — Many of you have been asking for it – and now it’s arriving.  A large anticyclone, or high pressure system, is slowly moving in from the Tasman Sea today, slowly lifting our air pressure – our best defense at stopping big spring storms from hitting us for a few days.

A front in the Southern Ocean will today try to advance into the South Island.  Without the high it could have been another wintry snap, however the high pressure will considerably weaken the cold front – along with any strong winds and heavy rain.  “A front trying to push through a high pressure system is like one of us trying to run in a swimming pool – it’s hard work and eventually you’ll give up” says head weather analyst Philip Duncan.

Showers are predicted in southern and eastern parts of the South Island developing today and continuing tomorrow in the east.

Overcast skies are also predicted for the top of the country with plenty of cloudy north and west of NZ.

“This isn’t the sunniest high we’ve had, there’s a lot of cloud trapped within and around it, but generally

WeatherWatch.co.nz said on Monday that despite the incoming high some coastal areas will still receive a few showers and certainly clouds.

However the high does mean lighter winds and far less rain than last week – allowing most regions a chance to dry out.

WeatherWatch.co.nz says the high will last right up until Sunday for most regions.

“This will be a great chance for people to mow lawns, hang out the laundry – and for some, dusting off the BBQ for the first time in many months” says Mr Duncan.

How does this week compare to the same time last week weatherwise where you are?

I think so far last week was way better, the spring storms may have been causing problems in parts of NZ but up here it was way sunnier and warmer.
Today is total Anticyclonic gloom, very grey cloud, cool temps and drizzle patches, not nice out one bit. So I would assume that while this high is here this will be our lot. Cloudy bleak days. Reminds me of all last summer.

See from the sat map that there is a lot of cloud just north of us.

Its freezing and gloomy and it feels like its going to rain as well. Dont like this high