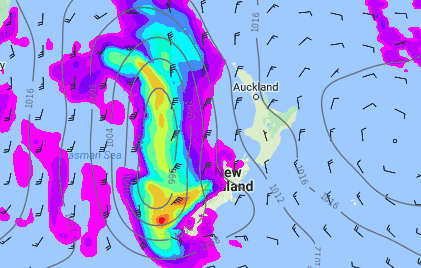 Next weekend is Labour Weekend, for many New Zealanders it may be the first long weekend in almost half a year so it’s a critical one weather-wise.

Labour Weekend often has a variety of weather – the forecast going into the weekend often differs from that going out of it.

This year looks no different with a classic ‘spring-like’ forecast … in other words changeable with variety in conditions across the nation.

Keep in mind, the models will change a bit but below is our best forecast based on the set up at the moment. At this stage we see no signs of a cold event with warmer than average weather possible.

Based on this forecast – and the fact a low is developing near New Zealand next weekend (based on the latest models) – we expect most regions to have a fair bit of dry weather for Labour Weekend but this low means things might change as we lock in just where the rain clouds move on Sunday and Monday. Still a long way to go, but with so many questions we wanted to answer.

Use the Maps tab to see how the weekend looks rain/wind wise.

– Image / 8 days from now, next Sunday, shows plenty of dry weather over the country but a large low looming / Weathermap.co.nz