La Nina To Keep Things Mild and Dry Through February 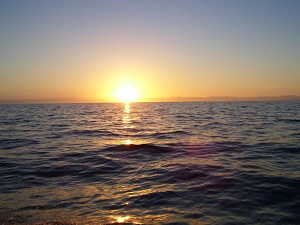 The pendulum has swung in the direction of La Nina again.

La Nina is the opposite of El Nino.  Both are part of the El Nino Southern Oscillation phenomenon.  La Nina refers to a situation where colder than normal ocean surface temperatures well up along the South American coast.

But we are on the other side of the Pacific.  How can that affect us here in New Zealand?

The National Institute of Water and Atmospheric Research (NIWA), compares it to a see saw.  When the air pressure is high on our side of the Pacific, it is low on the other side of the Date Line.  This pattern then reverses itself every few years much like a see-saw going up and down.  This is the El-Nino Southern Oscillation or ENSO phenomenon.

During a La Nina event, you can see the trade winds strengthen in response to the temperature change.  That can produce more north-easterly winds, which tend to bring rather rainy conditions to the northeastern quarter of the North Island.  It can also reduce the amount of rain in the southwestern quarter of the South Island.

La Nina events can also bring warmer than normal temperatures to much of New Zealand.  NIWA says that is what we are going to see right into the latter part of summer and probably the first part of autumn.  Temperatures are likely to to end up average or above average for most of the country.  Rainfall will likely be average or maybe even below average for most of the country except the Auckland, the Waikato and the Bay of Plenty where rainfall rates could be at, or slightly above average.