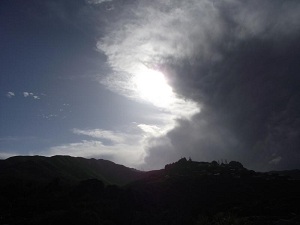 The summer holidays returned to normal yesterday for beachgoers who endured appalling weather on the Coromandel Peninsula as a week of driving rain and blustery wind finally cleared.

The second sunny afternoon since Boxing Day brought a crowd of 900 to the main beach at Whangamata, including spectators watching the Whangamata Surf Boat Spectacular, while hundreds flocked to Pauanui for the Miss Pauanui contest.

More than 200 young women entered the competition which changed venue at the last minute due to the weather, only to attract more spectators than ever. It was won by Aleisha Robertson, while second place went to Paige Orlandini and third to Frana Evans.

In Whangamata hundreds came to the beach for the surf boats, sand castle building and swimming.

Surf Lifesaving New Zealand event manager Haley McMahon said round two of the New Zealand Surfboat Series had attracted 50 crews from as far away as Blenheim – the wet and cold not putting anyone off.

Aucklanders Stephen and Moya Barr brought 5-year-old granddaughter Jaime Webber to the beach for some long-awaited sun, while a group of 14 Wellington secondary students made the most of the improved weather building a couch sand castle, complete with a footrest and cupholders.
Queen Mary College Year 12 student Kathy Marshall said the group didn’t mind the poor weather because they were all in a friend’s bach.
“Just being here with our friends is all good.”
Whangamata Surf Lifesaving Club head lifeguard James Bray said New Year’s Day, the first fine afternoon since the rain began on December 27, brought 2000 people to the beach.
“Everyone had cabin fever.”
He said his eight-man crew had made 15 rescues in the two weeks they had been patrolling the beach.
“That’s quite a lot. The surf hasn’t been massive but people aren’t recognising rips and they’re not confident enough to swim out of one when they get caught.”
Six people were rescued yesterday after attempting to walk to nearby Clarke Island, usually safe at low tide.
Harbour Master Dave Moncur said about 150 boats went out of Whangamata Harbour yesterday morning, a low number for this time of year.
“We’ve had up to 1000 out before but the weather so far has been quite bad.”
He warned boaties to watch out for debris from the Rena ship, still stricken off the Tauranga coast, saying hitting a bit of timber at high speed would tear a hole in the boat, “and it would go straight down”.
Meanwhile, for some the blue sky came too late.
Mercury Bay Holiday Park co-owner and manager Craig Stratford said seven families had packed up and left his Whitianga camp ground on New Year’s Eve.
“Their tents got too wet so they called it quits.”
Settlers Motor Camp co-owner Henny Gibb said no one had left her Whangamata campground, which was full, but she had turned away several campers who had vacated other sites around the Coromandel because of flooding.
Waikato police said roads on the peninsula were still water-logged and urged caution from motorists heading home.
One car was pulled from a ditch near Thames – the occupants uninjured – while heavy rain had caused surface damage to a bridge on State Highway 25 near the coastal town.
Photo by Sally Eyre
Story by NZHerald.co.nz