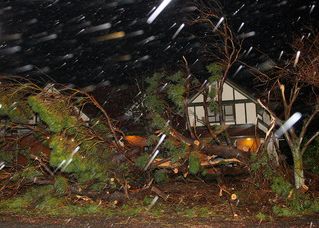 More than $33 million of insured damage was caused by the storm that hit the country at the end of June, the Insurance Council of New Zealand said today.

Chief executive Tim Grafton said the industry settled more than 9500 claims valued at more than $21 million for home and contents damage and $9 million for commercial claims.

“More than $1 million of motor vehicle claims were also settled from the storm that lashed the country from 20 to 22 June.”

The storm affected much of the country, cutting power to hundreds of home, causing damage and disrupting school holiday travel plans.

The remaining claims were settled under other categories, such as travel insurance and crops.

Data was collected on a nationwide basis due to the nature of the storm.

Home and contents settlements made up 85 per cent of claims but 62 per cent of the total value.