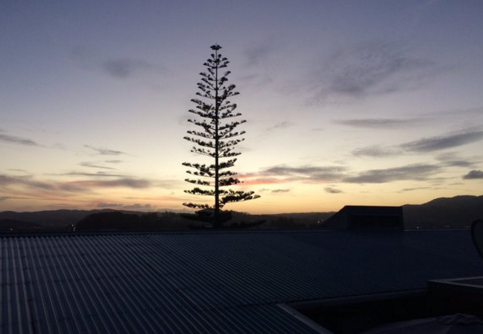 While Wednesday looks largely risk-free, the one potential issue we have is some late afternoon and evening isolated showers for the Waikato, inland Bay Of Plenty, northern Taranaki, southern Auckland and inland Northland.

Showers may become heavy with the risk of a thunderstorm, and while the thunderstorm risk is low for most, it’s only moderate for northern Taranaki, western Waikato and perhaps southern parts of the Auckland region at a touch.

Warm and dry in Auckland for the most part, though there’s the chance of a late shower – possibly heavy – especially about inland areas, along with temperatures getting close to the 30C mark!

Morning cloud breaks away into a sunny afternoon, as southeast winds die out, leaving a pleasant enough day – and temperatures in the early 20s.

Morning cloud breaks away here too, though northeast winds pick up towards afternoon, and temperatures get up into the mid 20s.