Home > News > Is Northland drier than this time last y...

Is Northland drier than this time last year? 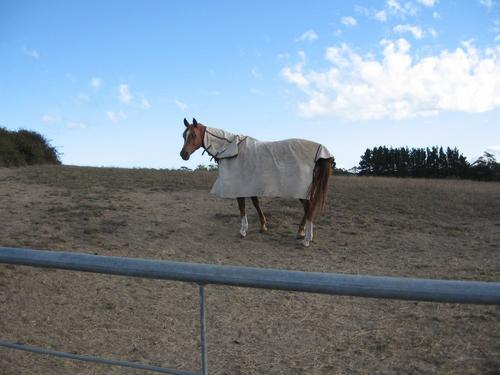 Some quite striking stats have come out about October’s weather in Northland, compared to this time last year, reports Country99TV and WeatherWatch.co.nz.

Figures obtained from NIWA show that in October last year, 61mm of rain was recorded at Whangarei Airport.  This year just 35mm was recorded.

The average rainfall for October in Whangarei is 116mm.

There has been some rain this November, with drizzle and showers affecting eastern areas.

The rain was enough to help stop conditions from getting much worse, but most likely not enough to reverse the dry conditions.

This week WeatherWatch.co.nz predicts the first tropical depression of the 2010/11 South Pacific Cyclone Season will move towards northern New Zealand but says at this stage the low may not get close enough to bring rain – thanks to a strong high over the South Island.

Yup it is very dry here on the west coast ( Dargaville/Pouto) Paddocks are already turning brown, cracks in the ground and its only Novemeber. We didn’t see this last year untill around Jan/Feb. The water tanker around Dargaville area is already dumping loads of water into peoples tanks. The last lot of rain we had earlier this month gave us only 6 mm. When the forecast says rain/showers we have only got light misty sort of rain. If it carries on like this, by Jan/Feb, it will be very bad and a huge huge fire risk for our area. We have had quite a few scrub fires already, nothing major at this stage, but dont want a repeat of last summer where we had two huge forest fires, one in Pouto and one big one up at Waiopoia Forest. Hopefully we get a few Tropical lows heading our way this summer. Fingers crossed.

Yup, it’s very dry in Whangarei – even dryer than this time last year. The drought last summer was bad enough, but there is less moisture in the ground this year to start with, so if we get a repeat of the conditions last season, things are going to get bad much quicker this year. The soil was water laden the winter before last, but the ground just never got that wet this year. We’re already seeing some creaks and streams drying up.

Records taken at North Shore Golf Club in Albany have show that October was the driest since 1994. We recorded 43mm of rainfall.

November is looking even dryer, I have looked back at records dated to 1972 and only 1974 was drier that was is predicted for November.

Daily high temperature have been well up as well for November.

Thanks for using my photo from last summer, poor Dazzle got affected really badly by the dry weather…. its since got worse for him. He got some kind of toxicosis as the grass was no good, I moved him to better grazing after detoxing him totally off the grass but unfortunately he now has seizures when hes stressed out… it happened again when I was riding him 5 weeks ago and he fell down heavily onto me. I got the vet out straight away and all the blood tests did not show us what is wrong. By process of elimination we think that he either has some form of epilepsy or a brain abnormality, whether it was caused by the dry summer/toxicosis we will never know for sure. At this moment in time I am waiting for the Insurance company to give me the go ahead to have him euthanized as I cannot see a safe future (for him, other horses or handlers) for a horse with epilepsy. Its a very sad time for us and its affected me enormously, I did not expect to lose my good horse, its gut-wrenching for me as hes my dream horse.

It is incredibly dry again up here. After the drought last summer and a relatively dry winter, we’ve never had that lush grass you usually associate with spring, just cracks in the ground becoming ever wider. We’ve been irrigating the garden for a month now and hand watering trees. Last summer a lot of young kauri trees died.