Home > News > Is history about to repeat itself in Nor...

Is history about to repeat itself in Northland? Lows line up 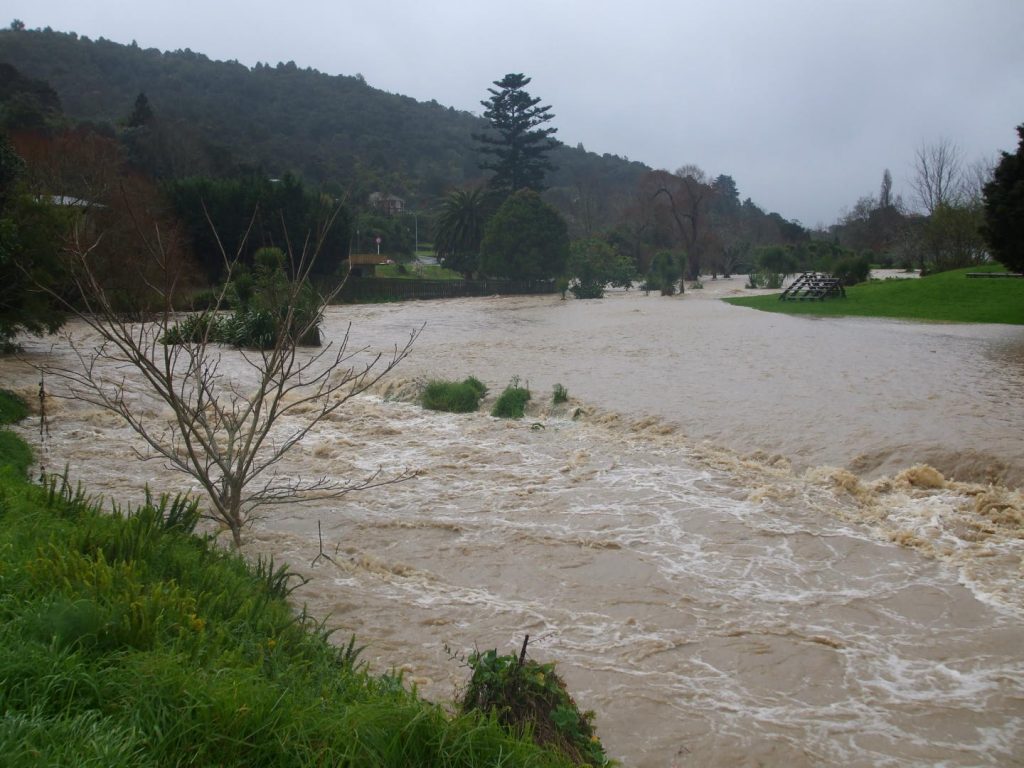 Northland has had some tough times over the past few years with major droughts then severe floods and gales as they go through the seasons.

WeatherWatch.co.nz has received reports of flooding around Kaeo, an area well known for flooding, from rain that fell on Monday and Tuesday but now fresh rain warnings are in place as a slow moving system rolls in across Wednesday.

Not only that, but WeatherWatch.co.nz says there’s the possibility of more severe weather this weekend and again next week.

“We are seeing a new phase of weather moving in to New Zealand, this time the focus is on the north and west of New Zealand with lows lining up to cross the country” says head weather analyst Philip Duncan.

“On Wednesday we’ll see heavy rain across Northland and northern New Zealand, with a breather on Thursday and Friday.  More heavy rain looks likely over the weekend then another breather Monday/Tuesday before yet another stormy system possibly moves in from the west”.

Mr Duncan says the system predicted around Wednesday next week is still a long way out and computer models do change, but says at this early stage it looks as though it could bring severe gales to eastern New Zealand and heavy rain to the west and north.

“Northland has had a rough time over these past few years, I really feel for the farming community.  From droughts to floods is tough at the best of times, but made so much worse when history repeats itself a number of years in a row”.

New moon and moon’s perigee next week, 11th and 12th, bring highest tides of the month on 11th-12th. Isolated heavy falls could bring localised flooding around then, but it might not be widespread. Later next week and the one after, Northland is in for a few odd dry days before the next onslaught of bad weather between 19th-31st. Northland floods almost every year, so such a situation is not unexpected, especially for low-lying Kaeo that sits beside a river. But the media plays it up, together with various metservices, who might happily call something a once-in-150-year-flood, perhaps followed a fortnight later by another once-in-150-year-flood.

Hi Phil
I hope you are wrong about next week. I was looking into next week also & thought a high could be moving in? There does seem to be a general pattern of low pressure systems at the moment all coming from Australia rather than further south. Not sure what that means?