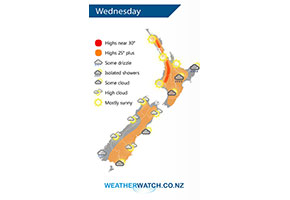 Mostly sunny for the upper / western North Island on Wednesday, some high cloud from afternoon in the west. Gisborne sees the risk of a shower in the morning then about the ranges of Hawkes Bay / Gisborne later in the afternoon watch for the chance of an isolated shower.

The South Island is mainly dry with some high cloud, morning cloud about Canterbury breaks away. A few drizzle patches about Fiordland. 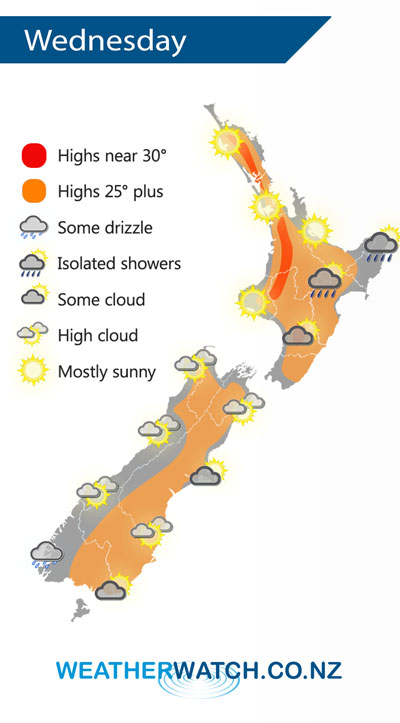