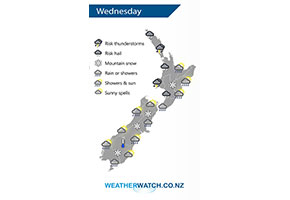 A cold front / pool of air moves off the upper South Island on Wednesday and onto the North Island, conditions settle a little further south but still quite cold.

Morning rain about the upper South Island may be heavy then easing to showers in the afternoon, becoming restricted to coastal areas in the evening, snow to 400m. The West Coast is mainly sunny, morning rain about North Westland clears. Showers about the far south for much of the day, snow flurries to 400 or possibly even 300m at times. 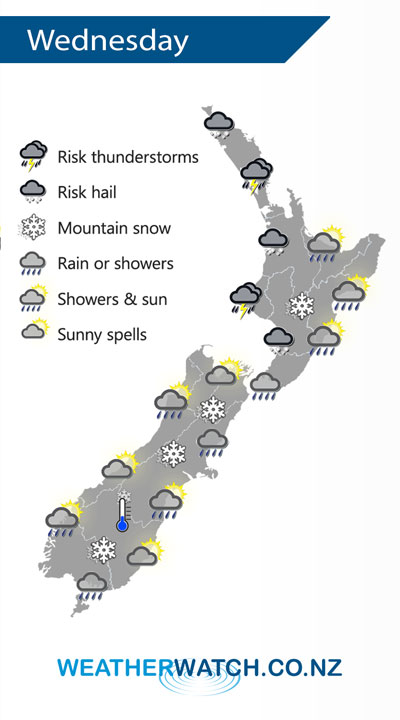