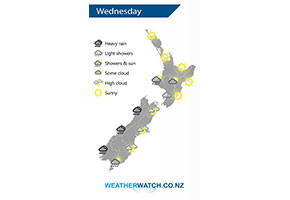 A northwesterly airflow lies over New Zealand on Wednesday, blustery for the South Island.

Mostly sunny for the upper and eastern North Island on Wednesday with warm temperatures, a little cloudier in the west with the risk of a shower or two.

The West Coast of the South Island sees showers turn to rain in the morning, becoming heavy with thunderstorms at times afternoon onwards. Mostly sunny with some high cloud out east. For the lower South Island south of Otago Peninsula expect some morning sun then scattered rain develops in the afternoon, clearing evening although continuing about Central Otago. 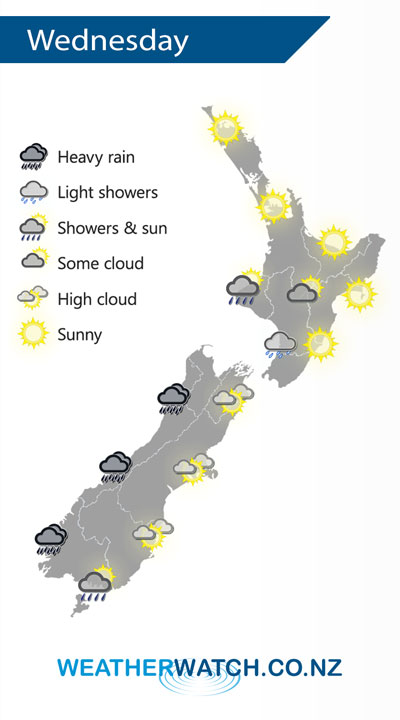