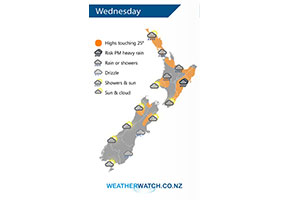 A front continues to linger over the North Island on Wednesday however it will finally move away later in the evening / overnight towards the northeast. The South Island has a cloudier day in the east and sunnier weather out west.

Another day of showers for the upper North Island for Wednesday, still a heavy fall or two possible mainly afternoon then clearing away in the evening. The east coast is mainly dry to start then cloud builds in the afternoon with showers developing, especially about Hawkes Bay and perhaps Gisborne where there may be a few downpours (maybe even a thunderstorm) then clearing later on.

A mainly sunny day for the South Island’s West Coast after any morning cloud breaks away, some drizzle at times Banks Peninsula southwards in the east. Sunnier further north in the east however some cloud and a risk of drizzle does push northwards in the evening. 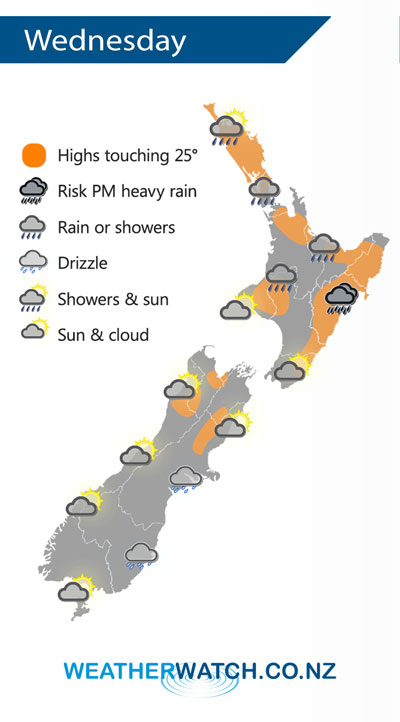