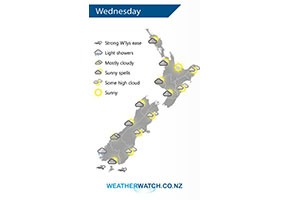 Becoming settled on Wednesday as an anticyclone moves over.

Mainly settled across New Zealand on Wednesday, some high cloud for most regions. There is the chance of a morning shower for the southwestern corner of the North Island then becoming mainly dry.

Fiordland sees a patchy light shower or two during the day. 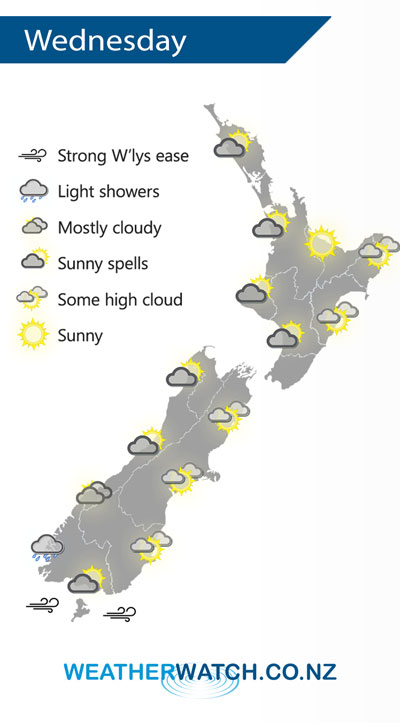