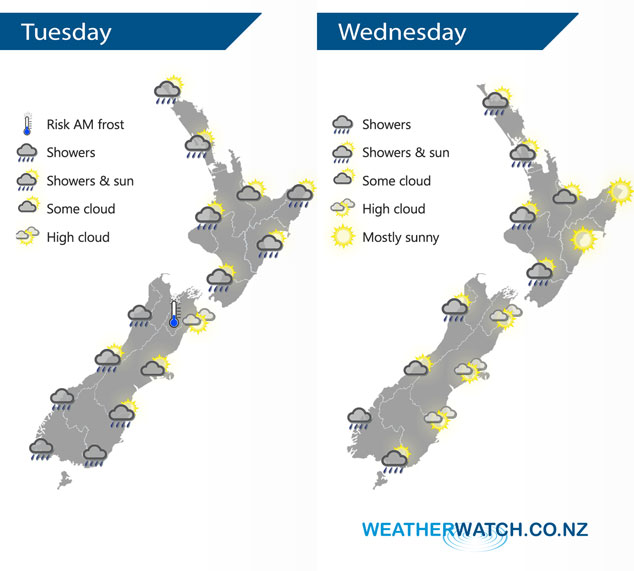 A cool southwesterly airflow lies over the country today, gradually easing then continuing on Wednesday.

Occasional showers for most coastal parts of the North Island today, the Bay Of Plenty stays mainly dry. Showers for the east coast clear this morning. Expect showers for the western and southern side of the South Island, mainly dry in the east. There may be a light morning frost for inland Marlborough.

Occasional showers continue at times for the western North Island on Wednesday, drier conditions in the east in a west to southwesterly airflow. Some cloud and the odd shower for coastal parts of Southland and the West Coast of the South Island, mostly sunny out east with some high cloud from afternoon or evening.