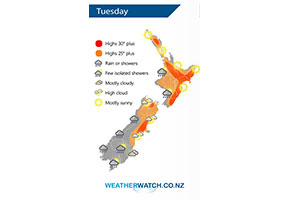 Fairly anticyclonic on Tuesday but a weak area of low pressure sits just to the east.

Some cloud may bring a light shower or two for the western North Island on Tuesday, sunnier conditions likely out east. A chance of early morning fog for the Waikato.

The West Coast of the South Island is mostly cloudy with showers, easing during the day. High cloud and mainly dry in the east although a few isolated showers are possible about the far south. Morning fog or low cloud possible for Canterbury, breaking by midday. 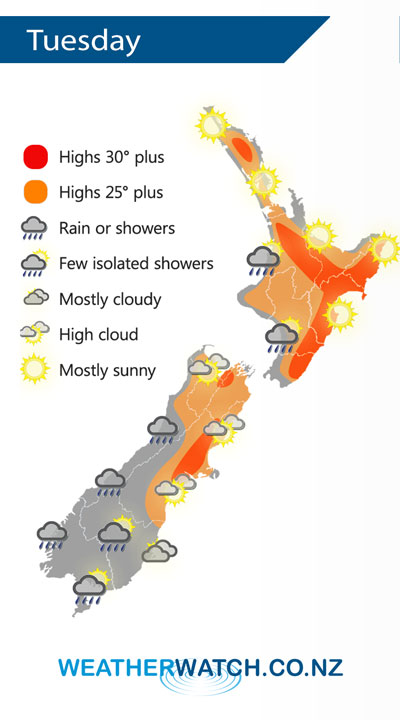