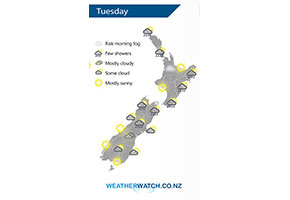 A slack pressure gradient lies over New Zealand on Tuesday although there is a little more shower activity about especially for the eastern North Island.

A shower or two continues to affect Northland and Auckland north of the CBD on Tuesday, expect long dry periods too. Cloud builds with showers moving into eastern areas, in the middle from Bay Of Plenty through to Taranaki and Manawatu expect mostly sunny conditions after any morning fog clears.

A patchy light shower or two for the upper South Island, also perhaps about inland Canterbury at times. Conditions are mainly sunny about South Westland, Southland and perhaps parts of Otago especially inland. 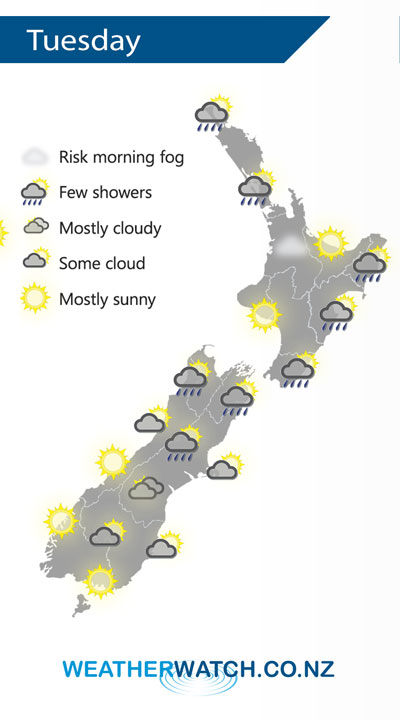