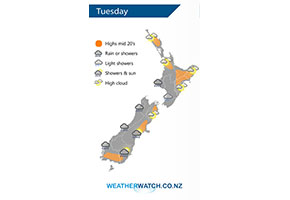 A northerly airflow lies over New Zealand on Tuesday.

Dry for much of the North Island on Tuesday however from Taranaki through to Wellington expect a few showers especially afternoon onwards.

The West Coast of the South Island sees morning rain ease to the odd shower, mainly dry in the east however south of Banks Peninsula through to Otago there may be some morning rain then the risk of a shower late afternoon / evening. 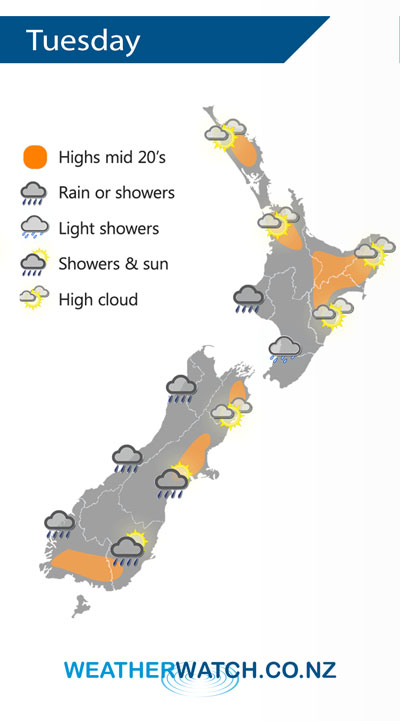