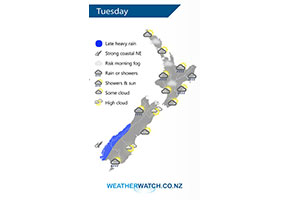 A weak ridge of high pressure lies over the North Island on Tuesday while northerlies build for the South Island, a front pushes onto the West Coast in the evening.

A mix of sun and cloud for much of the North Island on Tuesday, a shower or two may crop up in the afternoon about Auckland, Waikato and Bay Of Plenty. Rain or showers about Hawkes Bay and Gisborne ease.

For the South Island expect building cloud in the west, the odd light shower from afternoon then rain moves in by evening with heavy falls about South Westland. Dry in the east with high cloud after midday. 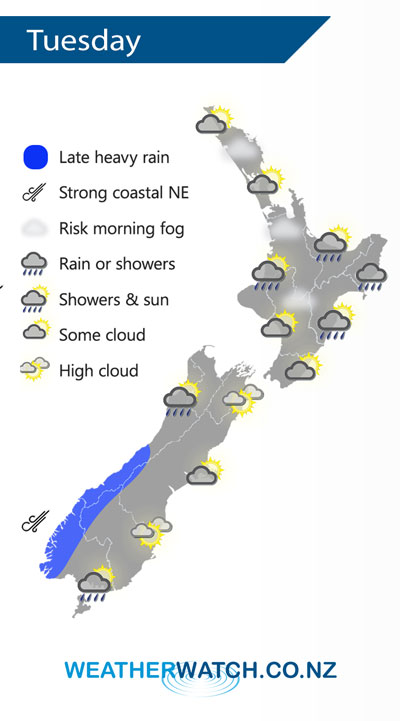