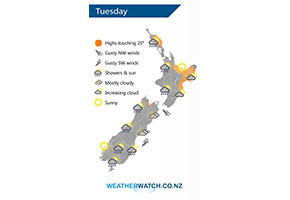 A southwesterly airflow weakens over New Zealand on Tuesday with a series of fronts brushing eastern coastal areas, easing and moving northwards during the day.

For the North Island, shower activity in the west is mainly during the morning but the odd shower may continue through till evening. In the east expect a mainly sunny day, cloud and some drizzle moves into the Wairarapa during the afternoon then further north in the evening.

For the South Island expect a few showers about Southland and the Catlins, easing during the day but hanging around through till evening. Showers are mainly during the morning elsewhere then drying out during the afternoon, some drizzle possible about Canterbury in the morning. Early morning may see a few heavy showers about Banks Peninsula then clearing. 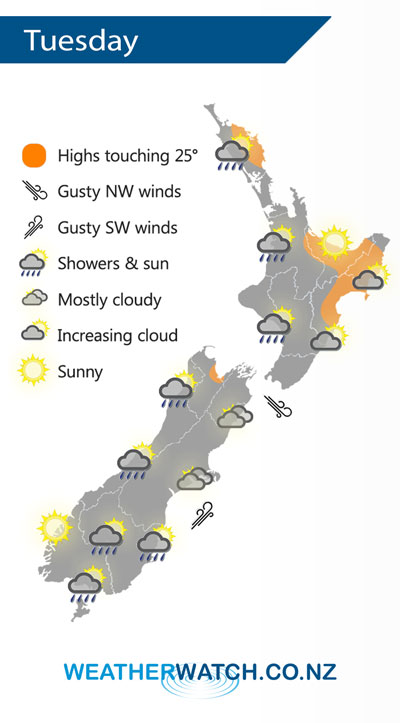