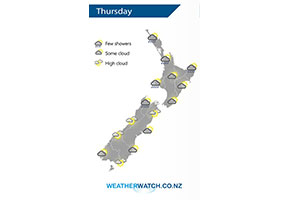 A large anticyclone to the east and a low pressure system in the Tasman Sea drags a north to northeasterly airflow over the country on Thursday.

Sunny areas and increasing cloud for most North Island regions on Thursday, a mainly dry morning then the odd shower starts to move in from afternoon.

Cloudy areas about Nelson may bring a light shower or two, elsewhere expect areas of morning low cloud or fog then afternoon sun with some high cloud. 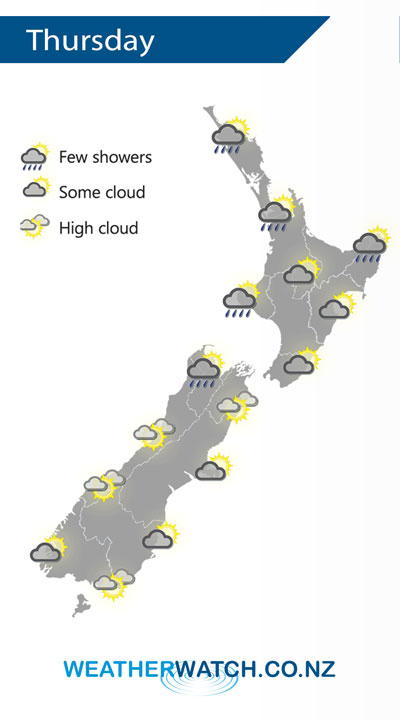