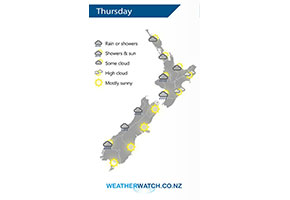 A mix of sun and cloud for the upper North Island on Thursday, chance of an isolated shower or two otherwise mainly dry. Cloudy periods and the odd shower for the lower western North Island, dry along the east coast with a mostly sunny day in store after any morning high cloud clears.

Patchy rain or showers for the South Islands West Coast, easing from afternoon. Sunny for the east coast after any early high cloud clears. 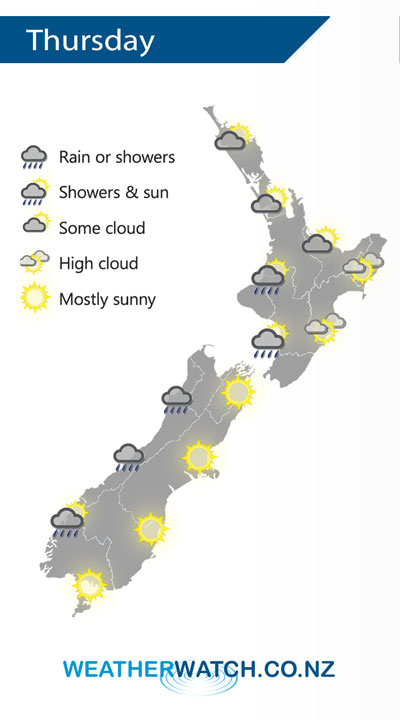