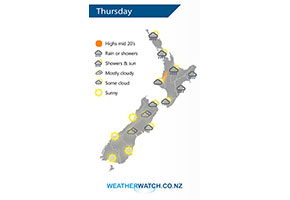 An anticyclone lies over the South Island on Thursday meanwhile a front further north gradually weakens.

Cloudy for the east coast of the North Island on Thursday, expect rain or showers especially about Hawkes Bay and Gisborne. Morning rain for the upper North Island, isolated showers from afternoon possibly heavy then easing later on.

The South Island is mostly sunny however expect some cloud for Canterbury, Marlborough and Nelson; breaking to some sun about coastal areas in the afternoon. 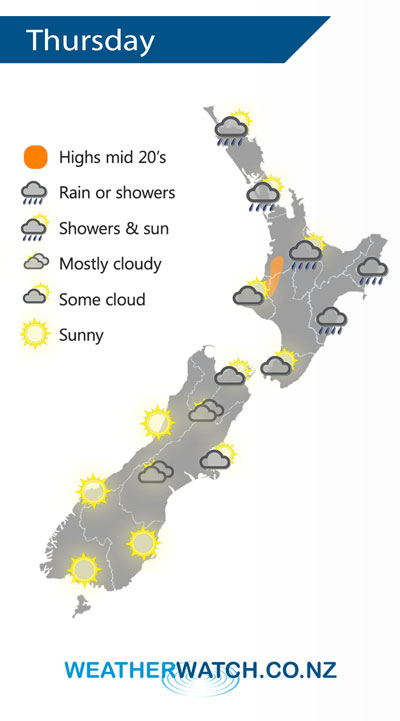