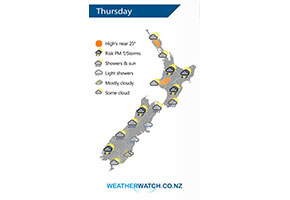 A low pressure system lies to the west of the country on Thursday in the Tasman Sea, surrounding this low is a huge area of high pressure. Isolated heavy downpours / thunderstorms may form about some inland parts of both Islands during the afternoon.

A mix of showers and sunny spells for most of the North Island on Thursday, showers becoming heavy in the afternoon (more so from Waikato southwards about inland areas) bringing a chance of thunder then easing later in the evening.

Mostly cloudy for the eastern South Island with patchy rain or drizzle then increasing dry spells from afternoon, the West Coast has cloudy areas and the odd shower. Showers becoming heavy in the afternoon about Buller and Fiordland with a chance of thunder then easing later in the evening. Southland and Central Otago see a mix of sun and cloud. 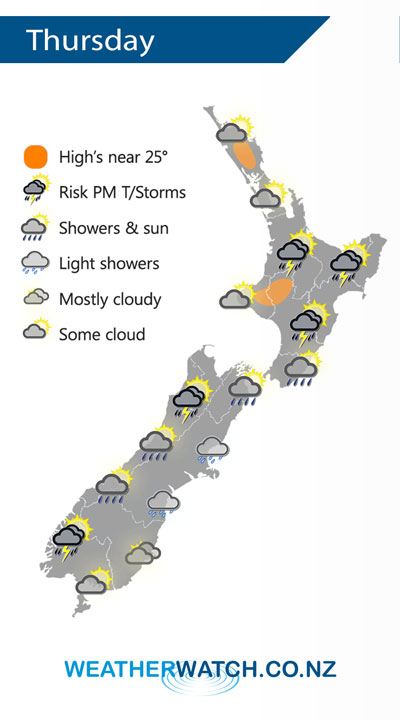