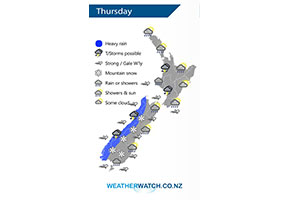 Snow to 500m about the mountainous parts of the South Island south of Buller, perhaps 400m at a push for parts of Fiordland / Southland. As the flow will be westerly snow will be coming in from the west so the further east one goes into the foothills of Canterbury for example it will become drier and snow levels will lift. 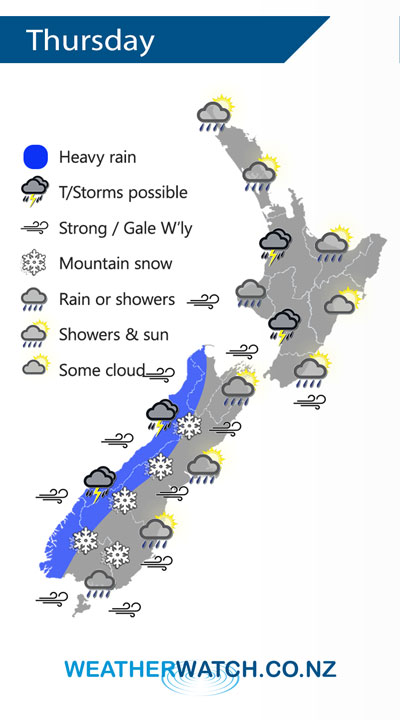