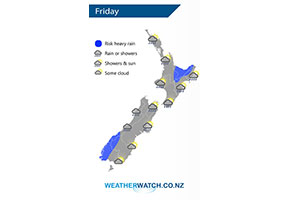 A front passes off to the east of New Zealand on Friday morning, some morning rain in the east then becoming mostly sunny. Rain or showers in the west, easing from afternoon for the western North Island. 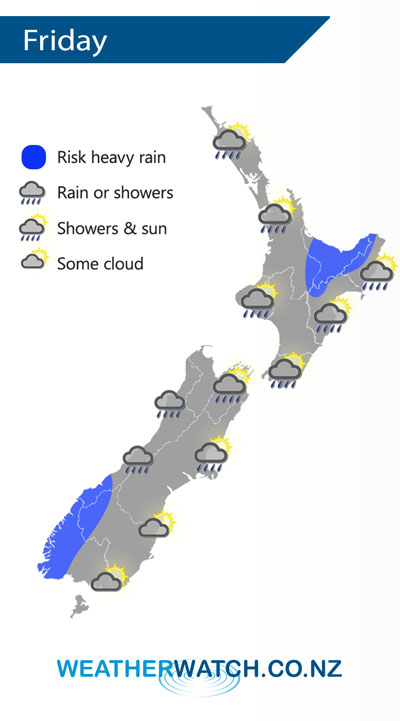