Home > News > Indigo Festival goers may have to dodge ...

Indigo Festival goers may have to dodge raindrops 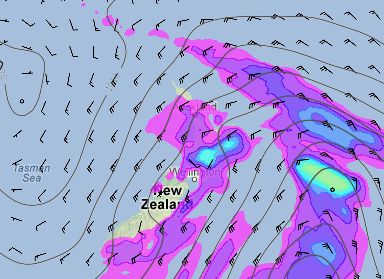 Hamilton’s Indigo Festival starts Thursday.  The annual celebration is in its 13th year and showcases the city’s multicultural community.

Fest goers have an opportunity to experience a wide range of music, art and traditions from the different cultures found in the diverse city.

Fest goers may also want to bring a brolly along.

WeatherWatch.co.nz Forecaster Howard Joseph says an area of high pressure that is expected to keep our weather fairly settled through early next week will lose its grip on our weather by Thursday, the first day of the fest.

Mr Joseph says “If that happens, it would set up a frontal boundary across the central North Island that would move slowly north.  That would bring precipitation chances to Hamilton and the fest on Thursday.”  Mr. Joseph adds that the chances will be better during the later part of Thursday.

On Friday, the front will be to our north.  But, Mr Joseph says the broad southwest flow behind the front would likely bring windy, cooler and somewhat rainy conditions.

The last day of the fest, Saturday, should also have the best weather.  High pressure is expected to be centred just off to our northwest.  That should give it a bit more control of our weather which in turn should dry things about Hamilton.  Although some breezy conditions are expected to remain in place.