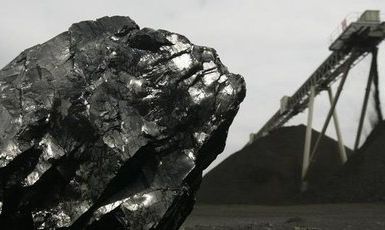 Delays to an investigation into a potential mine explosion in Huntly show little has been done to improve New Zealand’s miners’ safety since the Pike River disaster, the Labour Party claims.

Gas levels of five per cent were recorded at the Solid Energy-owned Huntly East Coal Mine in mid November.

That reading was “Pike River ready to go” and a “time bomb”, with only an ignition source needed for a deadly explosion, a miner said.

Labour MP and former miner’s union boss Andrew Little claimed the wait for an inspection showed DOL had done little to improve safety since the deadly gas blast inside the Pike River mine in November 2010.

“[Firmin] has been the only inspector since April. They’ve known they have a shortage since then. They still don’t have enough cover. In the meantime we’ve still got three to 400 guys working underground.

“There hasn’t been enough action.”

Mr Little said it was disturbing that miners were still inside the Huntly East coal mine when gas levels reached five per cent.

Machinery is meant to stop when gas levels reach 1.25 per cent, and full evacuations are carried out once they reach five per cent, he said.

“Part of the emerging culture in New Zealand mining is it is getting harder and harder for workers to say ‘I don’t feel safe’. That was part of the problem at Pike as well.”

DOL has employed two new mines inspectors in the wake of the Pike River disaster and is on the lookout for a Chief Inspector.

But none of the new new staff have yet started work.

This involved removing the workers from the mine and using an auxiliary fan to ventilate the mine.

“As soon as methane in any place hits 1.25 per cent our controls kick in and we begin degassing that area of the mine,” he said. “During the degassing procedure the methane got as high as 5 per cent. The explosion range is from 5 to 15 per cent.”

Mr Bragg said there had also been a “non-compliance” incident involving two experienced workers during the degassing procedure, but miners’ lives were not put at risk.

The incident is being investigated, he said.

It has been just over a year since a gas blast in the Pike River coal mine near Greymouth killed 29 men.

Earlier this month, Mr Firmin told the Royal Commission of Inquiry into the Pike River disaster he had been told by Huntly East mine staff not to conduct impromptu visits as they did not have the staff to take him underground.