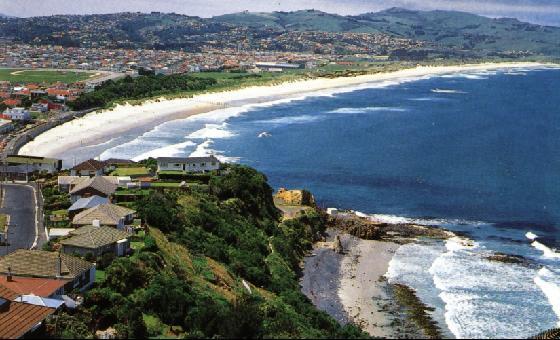 Mainlanders saw another range of extreme temperatures overnight with hot air being replaced by a refreshing southerly.

Kaikoura at midnight was a very uncomfortable 27 degrees with a nor’ wester but a southerly arrived, gusting in excess of 100 kph, which saw that figure halved in less than an hour but the strong gale delivered no rain.

Christchurch was 23 degrees at 10 o’clock last night and that same wind saw the thermometer plunge within minutes. Blenheim fared little better , 23 degrees earlier this morning but the wind changed direction and 8 degrees was shaved of that maximum within an hour.

Today cooler temperatures are likely to prevail in the south compared to yesterday which saw Alexandra and Dunedin climb into the low 30s.

The Pakistani cricketers are set to play New Zealand today in Dunedin and yesterday’s conditions were more like home for the tourists.

The forecast for the duration of the test looks relatively settled at this point with the only real blip on the radar is later tomorrow when the chance of a few showers could bring a possible disruption. Overall though, temperatures should peak in the high teens or low 20s over the next 5 days which is a far cry from when the West Indies toured a year ago and the bitter cold make the test extremely unpleasant for everybody.