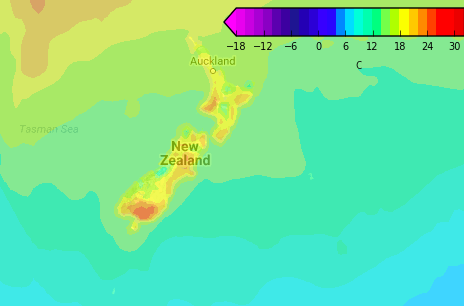 It’s only October but the heat will surge into the mid to late 20s today across parts of New Zealand, mostly in the south.

Hottest place today will be Central Otago which is expected to reach into the mid to late 20s (25 to 28 degrees) today and Wednesday. Southland, Canterbury and Marlborough will also be hot, especially inland.

The air flow across New Zealand means places like Gisborne, Bay of Plenty and Auckland will get the air flow straight off the sea so the north won’t have quite the same high levels of heat. Further south this airflow tracks over the mountains and land masses, drier the air out further and heats it up further. This is why towns like Gore, Alexandra, Cromwell and Invercargill may be some of the hottest main centres over the next two days.

WeatherWatch.co.nz says the early heat in both New Zealand and Australia this October hints that this coming summer may be a scorcher at times.