Home > News > HOS Column: Are we getting more severe w...

HOS Column: Are we getting more severe weather? 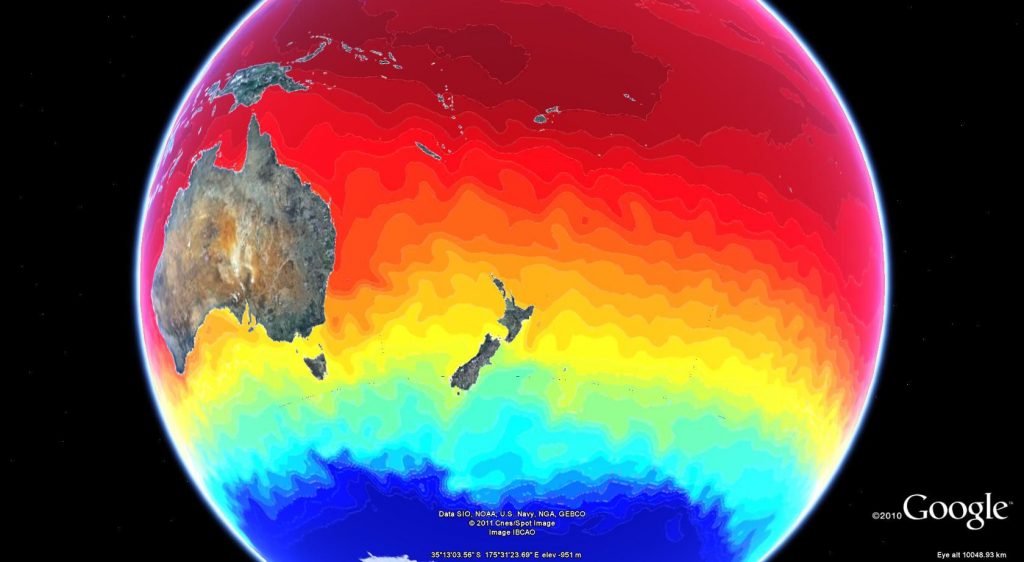 The weather is becoming more extreme, we’re told by some scientists. But is it really?

This year, the United States has been hit by its deadliest single tornado in modern history and one of the worst outbreaks of twisters ever.

England had summer heat as early as April. Australia was hit by a monster Category 5 cyclone, while Canberra received its earliest frosts in almost 40 years. New Zealand has had numerous ex-cyclones and floods, yet record-breaking heat hit our West Coast around the same time. Typhoons have already begun in the Northern Hemisphere as our extended cyclone season comes to an end.

But are these extremes just part of the norm – which happen to be timed all at once? To measure the effects of climate change we need decades, not just a few months. But we can’t ignore the fact that Earth is warming up.

Technology is also changing how we perceive nature. When we write updates on WeatherWatch’s Facebook page we always get comments like, “What is happening to Mother Nature?” Well, in this day of Twitter and YouTube we not only hear about more natural disasters from all over the world but we can also see them instantly. An earthquake in a remote nation can now be the lead story on television news.

Weather radar is also getting better; it’s detecting more storms than ever, including many that occur over sea or unpopulated land.

Also, the world’s population is growing – meaning there are more people to be affected by nature’s extremes.

No matter what the reasons are, the weather will continue to become more important to all of us as the Earth continues to heat up.

This was always going to get alot of replies from both sceptics and greenies and everyone in between.
My take is that the climate is changing and a little quicker than normal which will effect humans, but that climate change is nothing new over periods of time. The availability of media to record events certainly makes it more visible – but you know – tornadoes happen. That’s why they call it Tornado Alley. The fact that it’s one of the worst years on record means that there have been other years on record that have been as bad. Floods also happen and have killed many but who could see this destruction in deepest China or Haiti, etc, until a few years ago?
There is hysteria from certain parts of the crowd but that’s just how they are. The world didn’t end. The climate will change, because that’s what it does. Humans will adapt.

Complacency is not justified. Look at these sites in depth.

The science backs that the earth is warming. I would say there seems to be an increased intensity of major weather events, ie extreme cold, snowstorms, heat waves, hurricanes which averages out as warmer ‘seasonally adjusted weather’ (eg taking into account variables such as la nina el nino), not necessarily a slow predictable increase in temperature.

The usa also had some of its worst winter storms in decades too.

I am sure things are changing but could all just be part of a natural cycle of the planet.
Still not 100% convinced humans are the cause as evidence seems to suggest this has all happened before in the past many times over and we were simply not here then…

The science is conclusive and has been for a long time, the global climate is heating up as a result of human activity pumping co2 into the atmosphere.

And that increased temperature is an astoundingly dramatic shift over a brief period of time and compared to previous non man made climate temperature fluctuations makes them look like child’s play.

But as usual money has muddied the water of public debate, Big Oil, Big Coal et al buy off politicians and pump out propaganda:

“There is no warming, its a Greenie conspiracy!”

“Ok its getting warm but thats just natural – its definitely not us!”

“Alright then it is us, but global warming is great! We can grow more plants.”

That this propaganda is successful says a lot about human nature.

When my oldest brother moved to Toronto Canada 30 years ago, Winter used to see temperatures of -20 particularly around Christmas which did not bother him as the city is build for the cold with central heating and underground walkways. Recent years they have seen record snow falls and while still getting -20 degree celelus temperatures they are not as frequent as before. Even growing up in Auckland we used to get frosts in May with the temperature hovering around 2 or 3 when walking to school. Now we have had one of our warmest Mays ever. The earth is getting warmer.