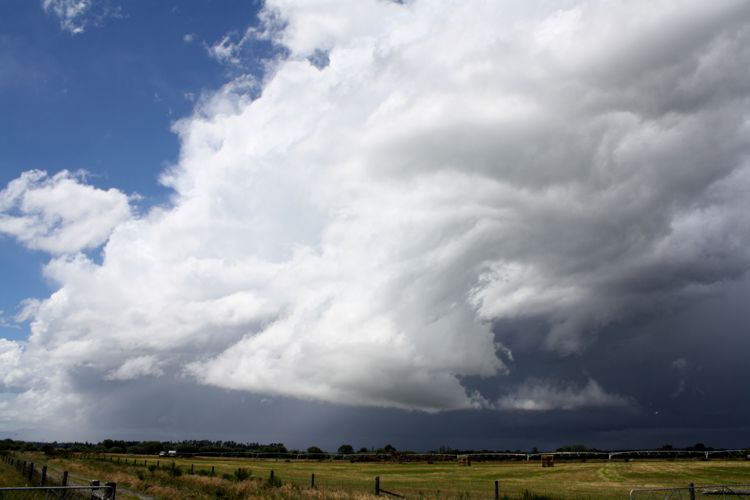 A slow moving front and high humidity will today bring a risk of thunderstorms to northern New Zealand.

“For Northland and Auckland heavy showers are likely to get going by late morning with a moderate risk of the first thunderstorms occuring before midday.  During the afternoon the front is expected to merge with strong seabreeze convergence lines lying down through Northland, Auckland, Waikato and into the central North Island. There is a moderate to high risk of thunderstorms through the afternoon with some intense rainfalls up to 25mm per hour and small hail” says MetService.

Over the South Island a southerly change is expected over Canterbury in the afternoon gradually pushing inland during the late afternoon and evening. Some heavy showers are expected to trigger on the Canterbury foothills and Kaikoura area but the risk of thunderstorms is considered low.

Ps have me hay coming in too so no rain please