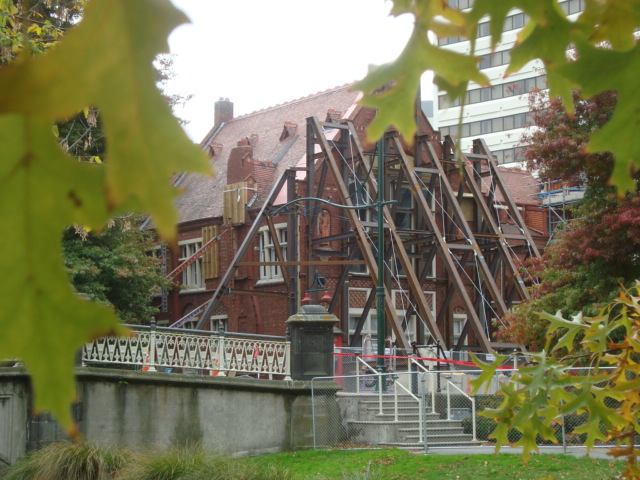 Quake-weary Cantabrians may face another large aftershock after Government scientists said there was a “high likelihood” of another 5.4 magnitude shake.

GNS Science say there is an 88 per cent chance of a 5.0 to 5.4-mag aftershock – up 12 per cent from their September calculations.

The scientists say the 5.5-mag earthquake on October 9, which rattled Cantabrians watching the All Blacks Rugby World Cup semifinal against Argentina, has helped push the probabilities upwards.

“In September, there was a 10 per cent probability of a magnitude 6.0 to 6.4 quake, and that is now 15 per cent – that number, in my mind, is essentially the same number because of the 5.5-mag on October 9 which has spiked the numbers slightly.”

GNS also calculated a 4 per cent chance of another 6.5 to 6.9-mag event in the future, and a one in 100 chance of a 7.0-mag event or higher, like the one that struck last September.

He added: “The message from this is that the numbers are very small.”

GNS has also adjusted its earthquake forecasting modelling technique for the Canterbury Plains region to reflect a longer-term outlook.

They say the updated figures released today are based on a combination of two different statistical forecasting models.

Until recently, the quake probabilities have been dominated by what is known as a short-term clustering model.

But last month, the medium-term clustering model started to exert a bigger influence on the calculations, GNS says.

They will now use a 50-year forecast model, which will be used to inform any updates to building codes, and for insurance companies.

Dr Berryman said: “We are now 13 months on and we have a better understanding to contemplate the longer term part of the earthquake sequence.

“Nothing has changed inside the earth to increase the risk of an earthquake – it’s just that there is a change in the way the probabilities are calculated.

“This is a very rich aftershock sequence. But the earthquake sequence is decaying away, as people of Christchurch will attest to.”