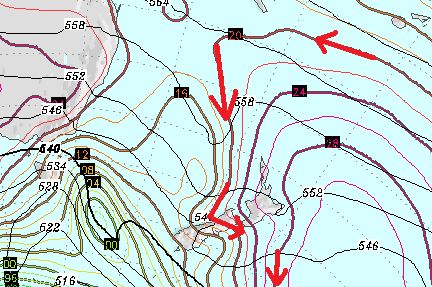 Just a week after one of the coldest national outbreaks in decades and temperatures are already swinging back to the warmer than usual weather we’ve seen throughout this year’s winter.

WeatherWatch.co.nz forecasters said last month that spring had arrived early – and despite last weeks cold snap they stand by their forecast.

Yesterday Timaru took the national high with 19 degrees. A week ago the city only made it to 6 degrees

Mr Duncan says the same anticyclone that helped bring us the cold blast will also bring us the warm weather.  “When the high was to our west it will dredging up bitterly cold southerlies, but by the end of this week it will be centred to our east – and the wind flow will switch from the southerly quarter to the northerly quarter”.

As well as the high in the Tasman Sea strong westerlies from the Southern Ocean will also surge northwards tomorrow over the South island lifting temperatures to around 20 degrees in some eastern areas.

Mr Duncan says by the weekend the high will help bring in warm air from the sub-tropics meaning a mild weekend for many – but the warmth comes at an increased risk of showers.

Hi WW, Whangarei has been mostly cloudy today which is disapointing after the few really sunny days we had been enjoying. Looking at the sat map it shows a belt of cloud etc coming from the NW, do you think this will keep us in cloud or may we still have some sun to enjoy.

Looks likely tomorrow and the next day with the high centre directly north of northland it will be very cloudy though the furthur east you are be brighter.

Brrrr not so for those of us in Stratford!!  Surrounded by snow from all directions it feels freezing here!

It’s absolutely roasting on the Hauraki Plains compared to what it once was!  Have we moved to the tropics or something?