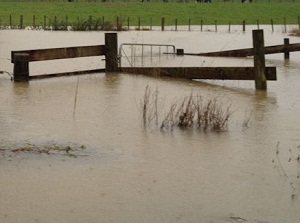 Waikato, Central Plateau and eastern Bay of Plenty are all seeing patches of heavy rain this morning.  General rainfall covers much of the lower half of the North Island and upper two-thirds of the South Island.

Thunderstorms were still being reported about parts of the North Island.  Hamilton, Matamata and Te Aroha and Tokoroa all reported thunderstorms during the mid-morning hours.

Patchy heavy rain will still be possible about the central, eastern and lower North Island through midday.  Bay of Plenty of far northern Gisborne remain under heavy rain warnings until early afternoon.

Heavy rain is likely for the South Island this afternoon, tonight and into tomorrow.  Government forecaster MetService has updated their heavy rain warnings for the Mainland.

From midday today to early tomorrow morning, 80-100mm or rain is expected.  Maximum rainfall rates of 10mm/hr are likely.

From midday today to tomorrow evening, 80-100mm of rain is expected.  Rainfall rates of 2-3mm/hr are likely.  Peak rates of 5-10mm/hr are possible.

From this evening to tomorrow evening, 50-70mm may accumulate, mainly about the ranges.  Rainfall rates of 2-3mm/hr are possible with occasional peak rates of 5-10mm/hr.

Heavy rain is also possible about Marlborough, but MetService feels that amounts will not reach warning criteria.