Heavy rain Tuesday for the West Coast, Moves into the North Island Wednesday 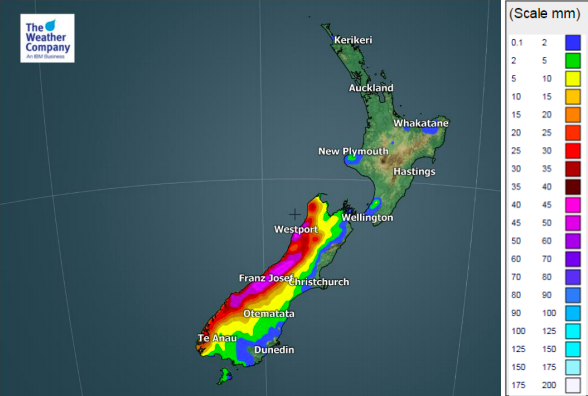 A cold front will move up the West Coast on Tuesday bringing slow moving heavy rain then at night moves into the lower North Island and begins to weaken for a time.

The front will continue tracking up the North Island over Wednesday and into Thursday before fading out sliding offshore by Good Friday.

Rain will be heavy at times in the west, mostly the South Island’s West Coast.

Warmest weather will be in the east where places like Hawke’s Bay will be pushing into the late 20s for the next few days. 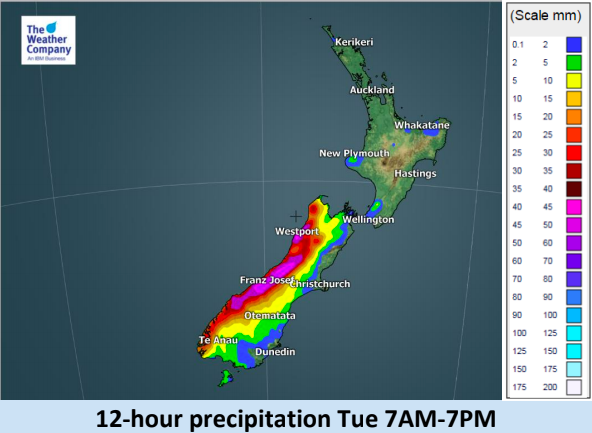 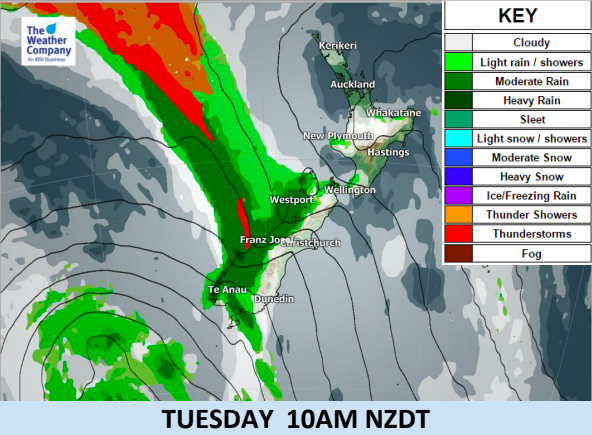 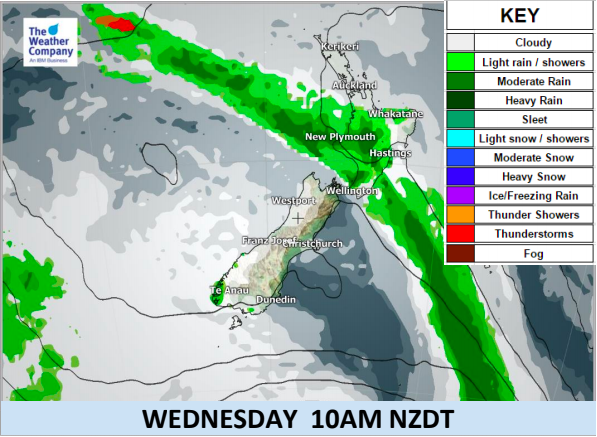