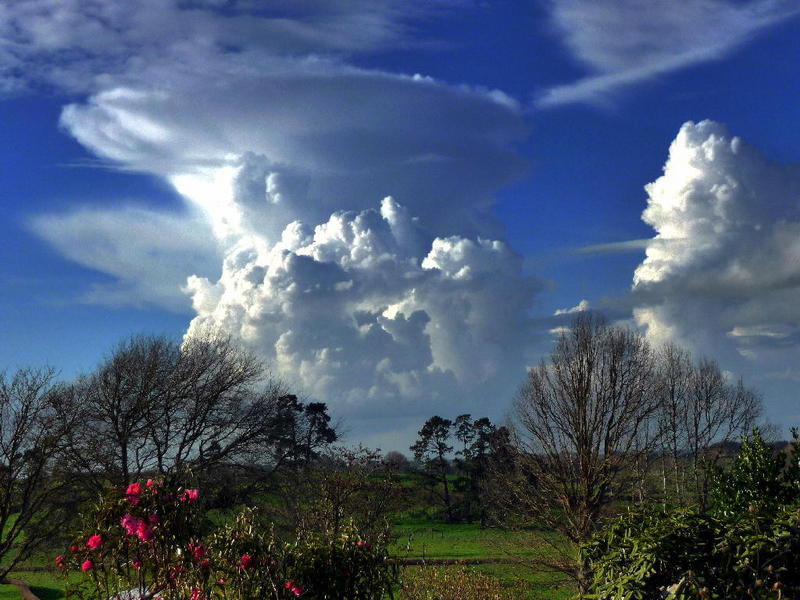 Heavy rain and thunderstorms producing heavy rain are possible through this evening about central New Zealand.  Strong, gusty winds are also set to conitnue.  However, they are expected to remain below severe gales strength.

Government forecaster MetService has continued the Heavy Rain Warnings for the ranges of Northwest Nelson, Buller and Westland north of Otira where heavy rain is possible through this afternoon.  Another 40 to 60mm is expected with peak rates of 10 to 20mm/hr possible, especially during thunderstorms.

Heavy rain warnings also remain in effect for the Tararua range, Mt. Taranaki and the central North Island high country (which includes inland Taranaki across to Mt. Ruapheu and up to southern Waikato including the headwaters of the Whanganui River).  Heavy rain is possible in these areas through this evening with another 60 to 120mm of rain expected with the highest amounts falling about the higher slopes.

Elsewhere around the country, thunderstorms are possible about Auckland, the Coromandel Peninsula and the Bay of Plenty.  There is also still a risk for thunderstorms for coastal Southland.  If thunderstorms do develop in these areas, look for small hail and brief heavy rain.  Winds gusting to 100 km/h are possible.

A very low risk for thunderstorms also exists about eastern Canterbury, including Christchurch.