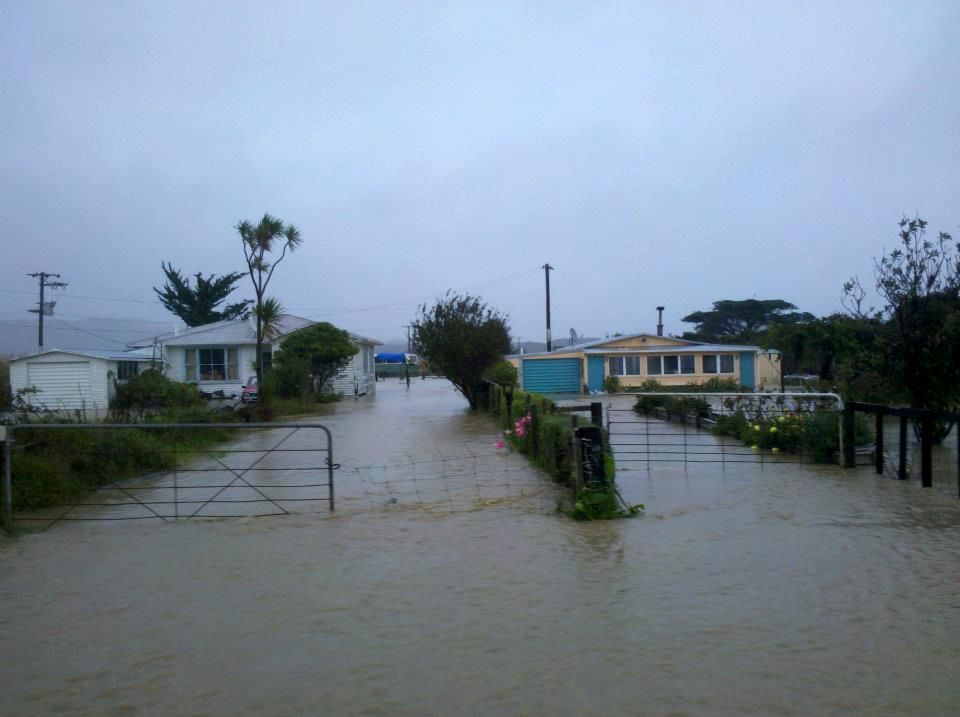 The heaviest of the rain appears to be over for the South Island. A few lingering light showers are possible about the north and west. Otherwise, no additional rain is expected. Meanwhile, heavy rain continues across a large part of the North Island.

Widespread flooding has already occurred in parts of the SI. Severe flooding cutoff Westport this morning.

WeatherWatch Facebook reader Laura Redmond says the Buller river was flowing across the road to Carters Beach. She said that is the first time she has ever seen it over that road.

WeatherWatch Facebook reader Maxine Hornell reported flooding in Nelson, Motueka and Takaka Hills, in addition to the road to Blenheim being closed due to flooding.

WeatherWatch Facebook reader Beverly Macks reported a lot of rain in Inglewood and New Plymouth with lots of surface flooding.

Here are the Heavy Rain Warnings still in effect:

A bit misty here in Whitby now and the wind is fresh srom the NorWest.

Loos like more rain on the way with the system in the Tasman Sea bursting into life even more by the look of the satellite loop.

…meanwhile, we are enjoying, warm, possibly record breaking temperatures here in the east of the South Island, today.