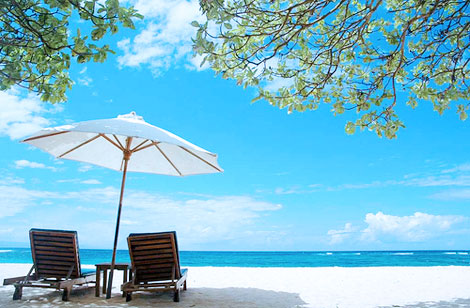 We haven’t had many settled weekends as a nation so far this summer but this one is setting up quite nicely.

Temperatures should be warm to hot in many places either today or tomorrow or if you’re lucky perhaps both.

There are always exceptions and the West Coast should be closer to average in terms of temperatures this weekend and a southerly flick over southern and eastern areas of the Mainland tomorrow should see the mercury cool off for a time.

The fire risk is climbing and eastern parts of the North Island and inland and eastern areas of the South Island is already high to very high in places. This weekend could see the risks increase further.

Water temperatures up and down the country are also rising and near normal if not a little above across some northern and central beaches.

Freda update
There are some concerns ex-tropical Cyclone Freda could redevelop and move west towards central Queensland.
Freda was downgraded to a tropical low yesterday however could regain strength if it feeds off warmer waters once more.

Oz heat
Yesterday Hobart eclipsed its highest ever temperature as it surpassed the old 41 degree record.Melbourne and Adelaide also had scorchers and parts of both states were near record highs.

With regard to Freda moving west as far as Queensland from its present latitude,that must represent the most long odds ever. The only possilble explanation must be that the forcasters are dehydrating at the beach.

Yes we also thought it was vey unusual and we believe it’s just a chance more than a likelihood.
Interesting one to watch.