Home > News > Heads up as another front approaches thi...

Heads up as another front approaches this weekend 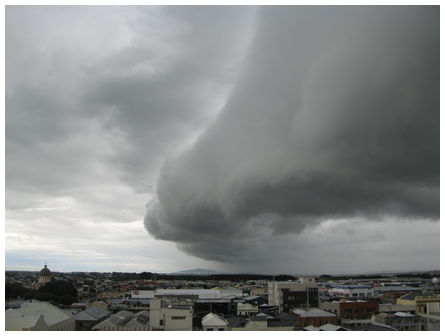 Just as we get over one front today, which is mainly affecting southern and eastern areas, there’s another more significant front approaching this weekend.

At the moment WeatherWatch.co.nz believes mild northwesterlies ahead of the associated front should push temperatures up for many areas on both Friday and Saturday.
As it sweeps northwards the cold southerly air behind it is likely to bring rain out east and in the south with snow to low levels and the windchill could dive below zero in exposed places.

November is continuing to see these fronts skirting across the country and the southerlies behind them have been colder than usual for this late in Spring.

The concern for growers is that the risk of frost remains as the cold air hangs about following the passage of these frontal systems.
Temperatures this week and possibly next week look well below average under clear skies with little wind or calm conditions in between the fronts moving in.

WeatherWatch.co.nz is keeping a close eye on the situation.