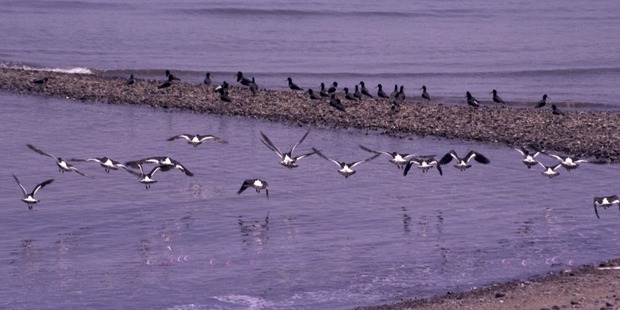 Water pollution from decades of farming may be approaching a “tipping point” which threatens marine life in the Hauraki Gulf, says an experienced scientist.

Research by Dr John Zeldis, principal scientist for marine ecology at the National Institute of Water and Atmospheric Research (Niwa), shows that water in the Firth of Thames has become increasingly acidic because of a build-up of nutrients from rivers which receive run-off from farms on the Hauraki Plains.

Regular measurements taken by Niwa since 2010 show the water has become oversaturated with carbon dioxide, which could endanger the health of shellfish and juvenile fish.

Dr Zeldis, who has worked in the Hauraki Gulf for 25 years, told the Weekend Herald the challenge ahead lay in balancing multiple uses of the environment, such as farming, and sustaining healthy ecosystems.

“The question becomes how far can we go? What are the tipping points, if there are any, where are they and how can we figure that out?”

He said it was not clear if intensified dairy farming was showing up in the rivers yet, but most of the nitrogen in the Firth came from the Waihou and Piako river systems – which carried about 3700 tonnes each year – and most of their nitrogen came from agriculture.

“When you factor those things together you come to the conclusion, which I think is inescapable, that agriculture is dominating and has for many years dominated the nitrogen climate of the Firth of Thames.”

Dr Zeldis said he and his colleagues had been measuring water quality in the Firth of Thames and wider Hauraki Gulf every three months for the past 16 years. They noticed that sometimes in late summer and autumn the oxygen levels at lower depths in the Firth fell to levels which were potentially damaging for animals such as crabs, shellfish and juvenile fish.

In 2010, they began testing for carbon dioxide and found levels in the Firth were well above the atmospheric level.

Hauraki Gulf Forum manager Tim Higham said the research was one more indicator that showed the gulf was in decline. “It’s a red flag that we should take pretty seriously.”

The findings follow a warning last November by the Parliamentary Commissioner for the Environment, Jan Wright, that continued expansion of dairy farms would further degrade the country’s fresh water.

The industry has grown at a huge rate in the past 20 years, driven by high international prices for milk powder. The number of dairy cows, whose urine leaches into waterways, has almost doubled from 2.4 million in 1992 to 4.6 million in 2012.

New Zealand exported $13.7 billion of dairy products in 2012, almost a third of the country’s export revenue.

However, Massey University freshwater scientist Dr Mike Joy claimed the true value would be half that or even negative if the environmental costs of dairying were counted.

Dairy NZ chief executive Tim Mackle said it was unfair to single out farmers when there were many pollution sources. “I haven’t heard Mike Joy say what others should contribute in big cities, small towns – they’re all going to be in the firing line.”